Last week, we had a really long drive to New York. We also did some drive-by shooting……… shooting pictures, that is.

After passing miles and miles of cornfields and farmlands from Iowa, Illinois, Indiana and Ohio, the scenery changed drastically when we reached Pennsylvania, with its mountains and forested areas. The fall foliage colors was also in it’s peak. 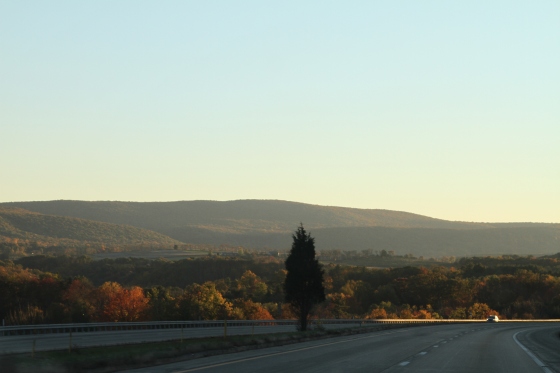 "Life is a highway, I want to ride it all night long." - Rascal Flatts

"It's a long lonely highway when you're travellin' all alone." - Elvis Presley 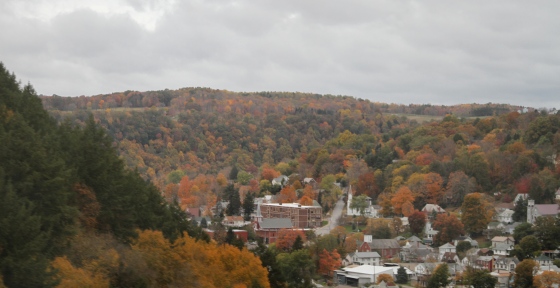 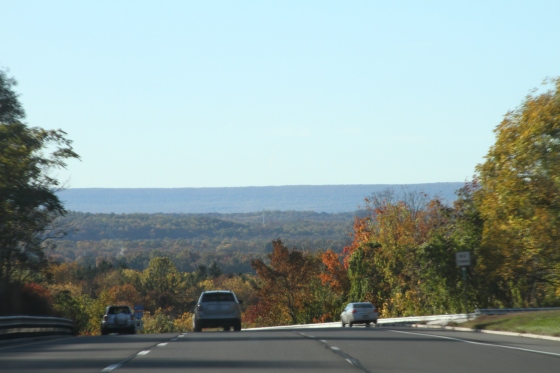 When we got to New York City, it was a different jungle altogether.

view of Manhattan skyline from Queens

under the Number 7 train in Queens 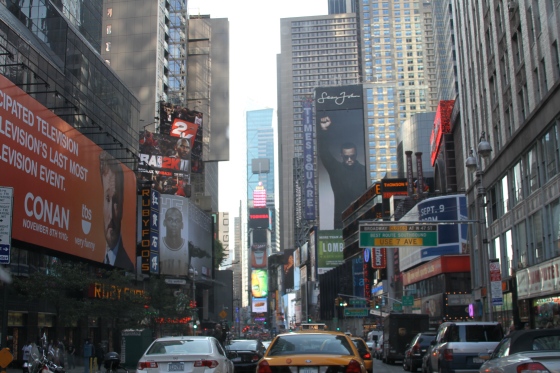 Time Square (yes, we spent a lot of time there, due to the traffic!)

The Plaza Hotel. This is where we stayed.........I wish. (the policemen directed us somewhere else, ha ha)

horse carriage at Central Park (watch out for the droppings!)

Columbus Circle (No, this is not where Columbus first landed. It's where he first did his shopping!???)

Straight ahead is Jazz at Lincoln Center.

Finding for a street parking is impossible. 4 hour parking at a garage is as expensive as your dinner! 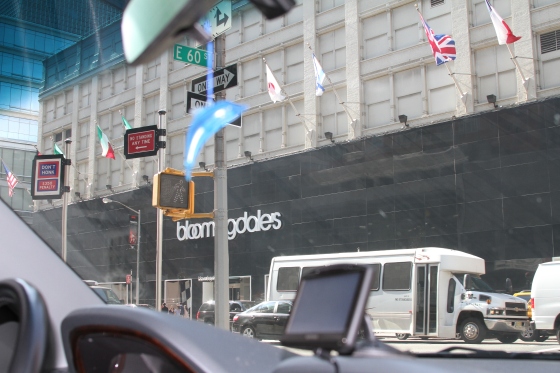 One of my wife's favorite places. 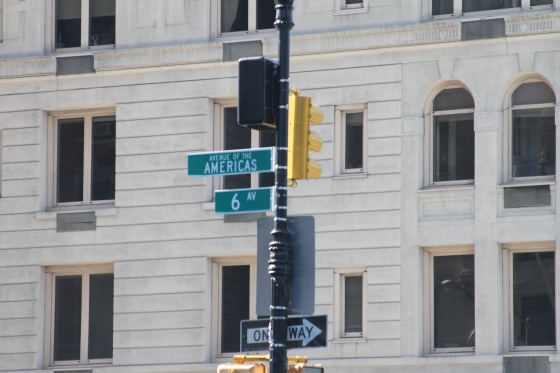 Street sign. Most of the streets are one way!

What? No traffic! Perhaps this was just a glitch. 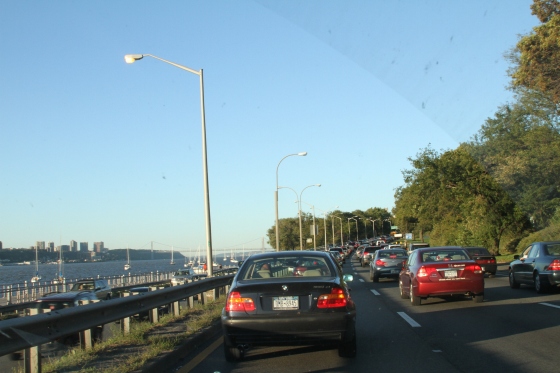 And more traffic. At least this has a beautiful view of the Hudson river and George Washington bridge. 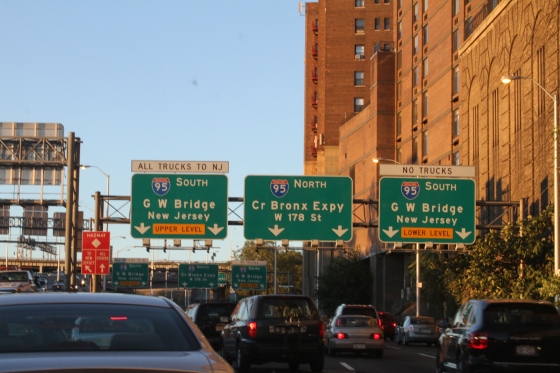