Chicago. Also known as the Windy City. I have visited this city at least 6 or 7 times. Many of the times I went there were for business trips. The first time I visited it was for an interview in one of the hospital there, when I was applying for my subspecialty training program about 15 years ago now. But I ended up training in New York. The other times I was there was to attend a conference or a course. This last time was a trip to the Philippine Consulate office.

Chicago though is not only for business trips. It is a beautiful city to tour, to shop (though maybe a little pricey) and unwind. 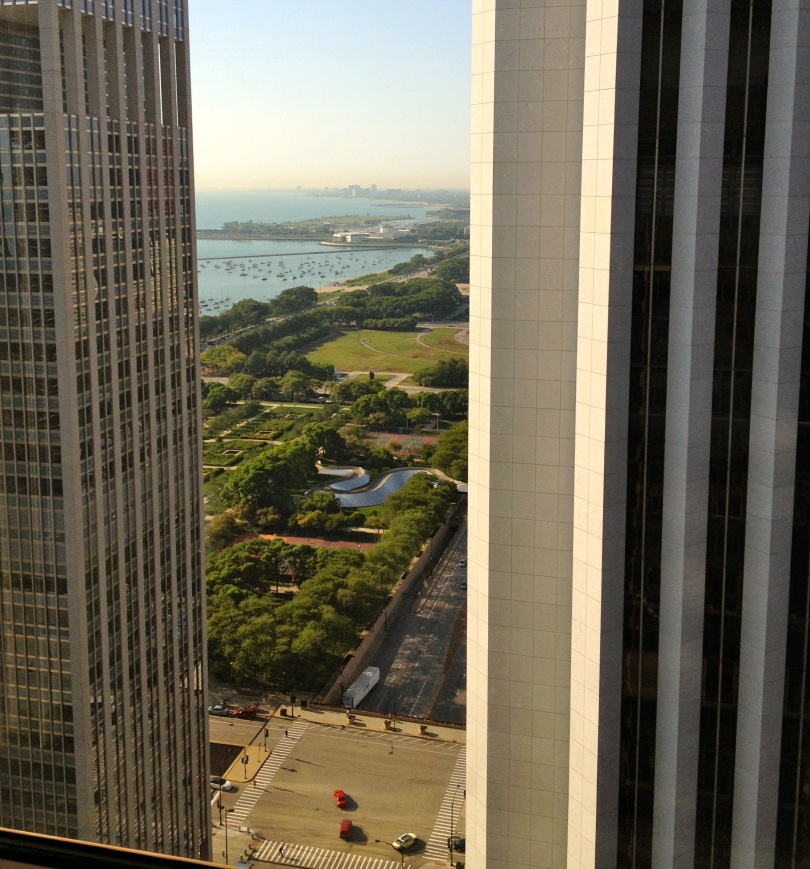 Here’s a beautiful aerial view from our hotel, with Lake Michigan in the distance. But the best way to view Chicago, I believe is by foot. So I set off and went for my morning run in the Windy City. Off course I brought along  my camera phone.

Starting from our hotel, I headed to the nearby Millennium Park. The morning was cool and comfortable for running. And true to its name, it was a little bit windy. I had to tighten my running cap so it will not be blown away. 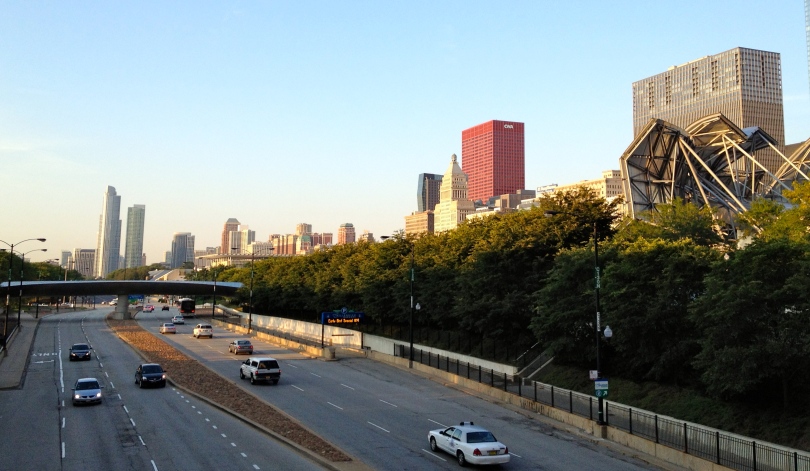 It was a mix of city skylines and open park lined with trees. 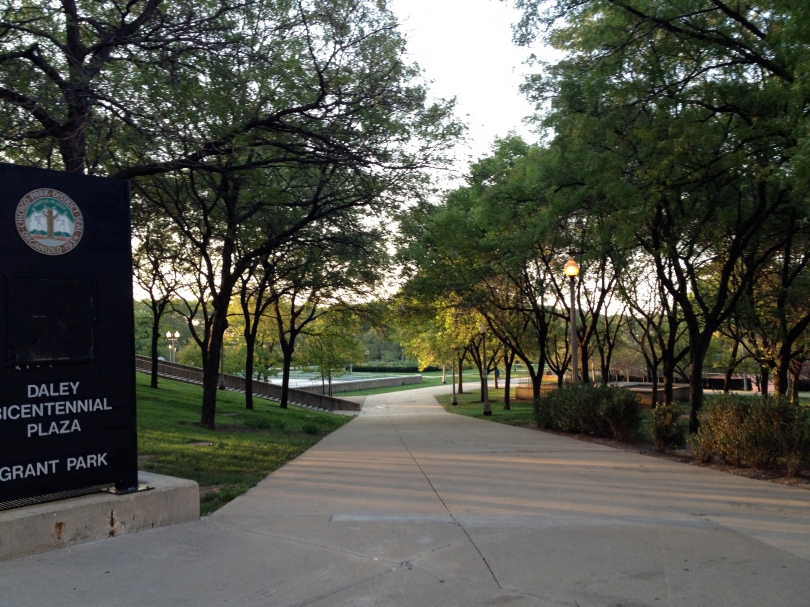 Here is the BP Bridge. Its structure is interesting, to say the least. Seeing it though is not enough, you have to cross it. And so I did.

The centerpiece of the Millennium Park is the Jay Pritzker Pavilion, which was designed by Frank Gehry. This pavilion is an open-air venue for classical concerts, operas, and even rock concerts. 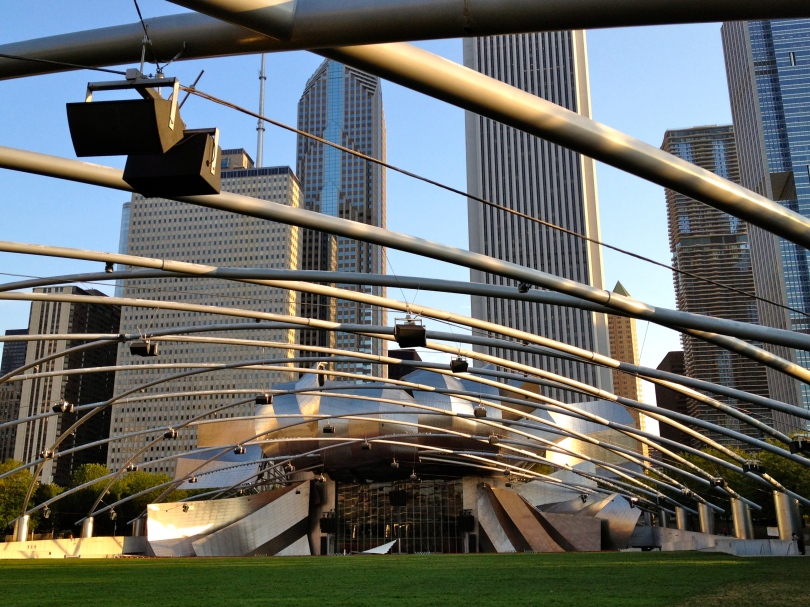 I then continued on to Lake Shore Drive to be near the waters of Lake Michigan.

After running near the water, I headed back towards the main streets.

I also ran in the Michigan Avenue, which is also known as the Magnificent Mile. This is Chicago’s version of the Champs-Elysées, a boulevard studded with exclusive shops, museums, restaurants and ritzy hotels.

While I was running in the Magnificent Mile, I passed the Philippine Consulate building. Note that the flag is at half-staff. This is in honor of the late Secretary Jesse Robredo, who died in a plane crash August 19th. Later on during the day, when we were inside the Consulate office, there was even a small gathering of friends and former classmates of Robredo. They shared fond memories of him and offered a prayer.

Then I went to the one of the iconic art sculpture in Chicago, the Cloud Gate. This is a 110-ton elliptical sculpture that is built of a seamless line of highly polished stainless steel plates, which reflect Chicago’s famous skyline. The locals also referred to it as “The Bean.”

I then headed to the Chicago River.

Maybe it is your turn to visit Chicago next time. Have a nice day!