One fine spring day, we heard a “thump” on our window. It was a small bird who flew right smack into our glass window. The poor bird was stunned from the impact and laid still on our deck. Was it dead? Poor little creature, it became a victim of a clean glass window. Darn Windex!

My wife and kids took the poor little birdie inside and nursed it. “Should we bring it to the hospital Mom,” my son asked. No, we’ll just take care of it here at home, was my wife’s answer. 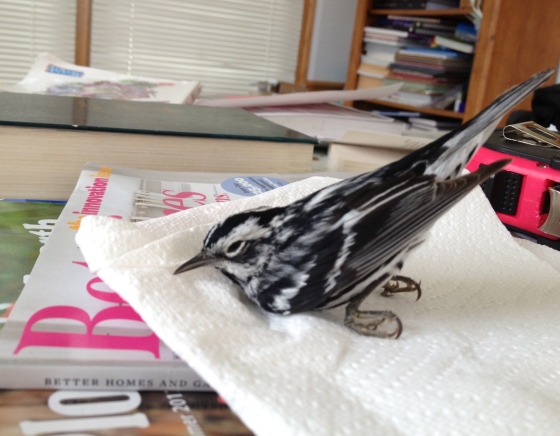 Soon the bird started to move and perked up. My children even dug a worm and try to feed it, but it was not interested in eating. All it wanted to do was to fly again.

And sure enough, once it was awake and gathered enough strength, it flew. But it flew right back smack into the glass window again! Poor little birdie, it never seems to learn its lesson, not to crash into a window.

Good thing was that it did not get hurt so badly on its second crash. It brighten up right away. We thought it was ready to take off once more.

So we brought it back outside. And not too long, it was airborne (see video below) and was gone..

Like that birdie, we too sometimes run smack into a glass wall, and we get stunned and hurt by our own mistakes. And yes we recover, but only to fall on the same mistakes again!

But as long as we have the will to try again, we can fly again. Even on broken wings.