During my last weekend call, one of the many admissions I had to the ICU was a man in his 70’s, who was found unresponsive in his home. Since he lives alone, he probably have been lying on the floor for a couple of days before he was found.

After work-up in the emergency room, it was determined that he had a large stroke. As he was very sick and unstable, we were consulted to admit him in our ICU.

The next day, after providing supportive measures, his vital signs stabilized and he became more responsive, and even following simple commands. Yet he still has significant neurologic deficits due to the devastating stroke.

The patient’s son who was the power-of-attorney, talked to me and showed me his father’s living will, which specifically detailed that in case he had an “irreversible condition,” he does not want to be on any form of life support including artificial nutrition, like tube feedings or even intravenous fluids.

I assessed that with the severity of the stroke, the likelihood of “good” recovery was doubtful. My projection was that he would never live independently again, would most likely be nursing home-bound, and definitely would not be the same person that they know. In addition, he could even get worse as the swelling of the brain increase. No question, I painted a grim scenario.

After hearing my assessment, the patient’s son and family, were ready to call hospice and just make the patient comfort cares. The son told me that his father, for sure would not like to live a life with such a poor quality as I have projected. Though I told them, that the neurologist whom I consulted have not seen the patient yet, and perhaps they should wait on what he has to say.

Not long after, the neurologist came. He extensively reviewed the CT scan of the head, and he made a careful and detailed neurological examination of the patient, as he tried to evoke even obscure reflexes that I can only read in the medical textbook. After his evaluation, the neurologist, the patient’s son, and me, went in a room for a conference.

The neurologist explained that with his estimation, even though the stroke was large, since it involved the non-dominant side of the brain and mostly the frontal lobe, he believes that the patient can still have a “meaningful” recovery. In addition, since the acute stroke was a few days ago, he thinks that the swelling was on its way down, and perhaps we were already past the worst phase. He backed this with his expert knowledge of brain anatomy and function.

Thus the neurologist believed that at best, though it may take months of rehabilitation, the patient can talk – though with a funny accent, walk – but with a limp that he even demonstrated, and maybe could even live independently later on. He definitely painted a more rosy picture than the gray picture that I have painted.

Hearing the neurologist’s opinion, it was obvious we have a “slight” difference of opinion. Perhaps slight was an understatement.

After considering the neurologist’s evaluation, the son and the family changed their mind and decided to defer calling hospice and instead support the patient as much as possible, including tube feedings and all.

To be honest, I was a bit perturbed that I gave such a bleak prognosis than what the other doctor gave. Have I given up on that patient too soon? Have I killed the embers of hope prematurely? Perhaps I have become so pessimistic in my view of things. Perhaps I have seen so many prolonged sufferings and bad outcomes despite our best intentions and efforts in my ICU experience. Perhaps I was just saving the family from the heartaches of clinging to unrealistic optimism. Or perhaps I become more cynical and have lost my faith in hope.

In my defense, maybe I just see the front end and the acute catastrophic courses of patients in the ICU, and have limited exposure to the success stories of patients’ wonderful recovery after prolonged and extensive rehabilitation.

But even though I felt betrayed by my negativism, I felt relieved that I have heard a differing opinion, and perhaps gave a chance to a life that we almost gave up on too soon. Even though I felt embarrassed and almost apologetic for my opinion, I was thankful that we gave hope a chance. Everybody deserves that chance.

The following day, when I rounded on our stroke patient, he was more obtunded and unresponsive. He now have labored breathing and had to be placed on a ventilator. I then requested a repeat CT scan of the head.

The CT scan showed what I was afraid would happen: a further extension of the stroke and more swelling, displacing the structures of the brain beyond the midline and even herniating down the brainstem. This was unquestionably a grave condition, and most likely fatal. No more differing opinions.

The family decided to transition to comfort cares, and the patient expired a day later.

I did not kill hope. It died. 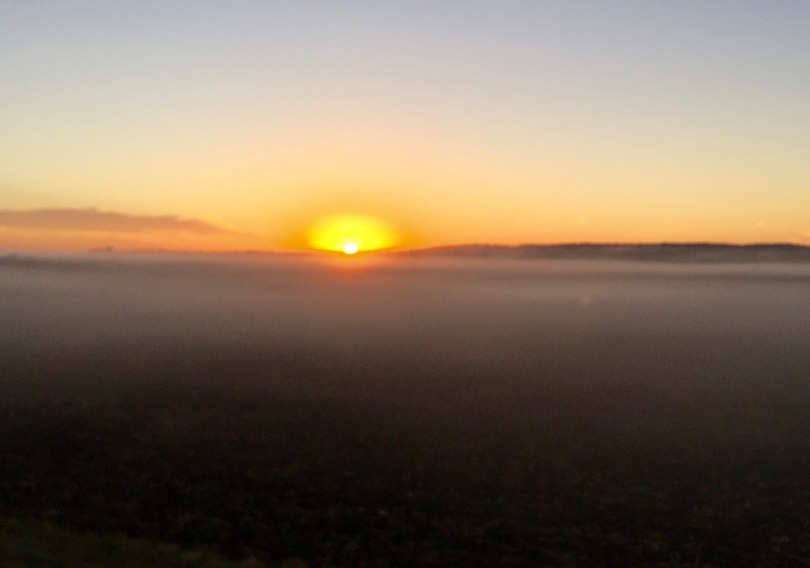