It is mid-December, and in a few days it will be Christmas. It’s a season for celebration, yet it is well-known that the holiday season can be a cause of stress and depression for some people. Perhaps we should let go of that long Christmas shopping list of ours.

Even if the whole world celebrate Christmas in December, it is likely that Jesus was not born in the winter. Based on Biblical narrative, shepherds were watching their flocks in the fields at night during that time, and December nights in Judaea can be too cold for the shepherds to sleep outside in the fields.

Many scholars believe that it was probably spring time when Jesus was born, so December 25th is unlikely to be the exact date of Jesus’ birth. What I am saying is that the date may be off, yet I am not saying that we should not remember or celebrate Jesus’ birth. That’s another subject of discussion and debate.

Earlier this year, we were blessed with a visit to the Holy Land, including a trip to the city of Bethlehem. 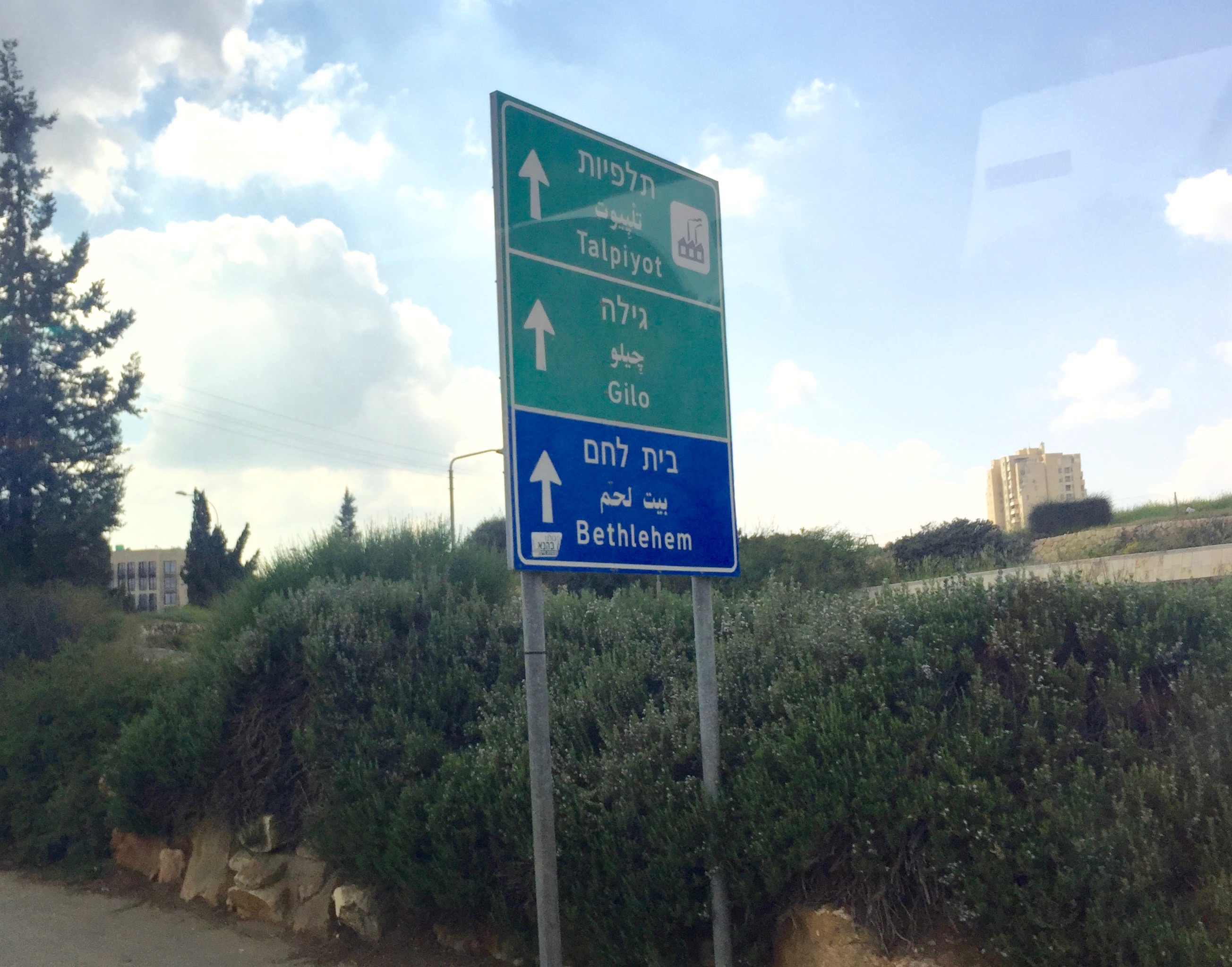 Bethlehem is about 10 kilometers away from Jerusalem. Today it is a Palestinian territory. So our guide who was an Israeli national and who was touring us in Jerusalem, boarded off our charted bus just before we entered Bethlehem, and another tour guide whom I assumed was a Palestinian, hopped in our bus after we entered the city and cleared the checkpoint. They must have some specific rules and arrangement.

We went to visit the Church of Nativity, the site believed where Jesus was born. This Byzantine basilica was built on top of a cave. So at the cellar of this church was a grotto (photo below), marked as the traditional site of Jesus’ birth.

Though the exact location is hard to prove accurately with archeological support, for me, it is enough that the city of Bethlehem exists to believe that Jesus was born. It does not matter where the exact spot is, as long as it was recorded that it was in Bethlehem, the city of David.

“For there is born to you this day in the city of David a Savior, who is Christ the Lord”(Luke 2:11). What a reassuring thought, that our Lord and Savior came to this earth, and that should not be a cause of stress and depression, but instead of joy and hope.

While on the bus, I observed that the terrain around Bethlehem was hilly. In fact, Bethlehem sits on top of a hill rising about 3,500 feet above the desert valley. It must have been difficult for Mary who was fully pregnant and about to give birth to climb those hills. 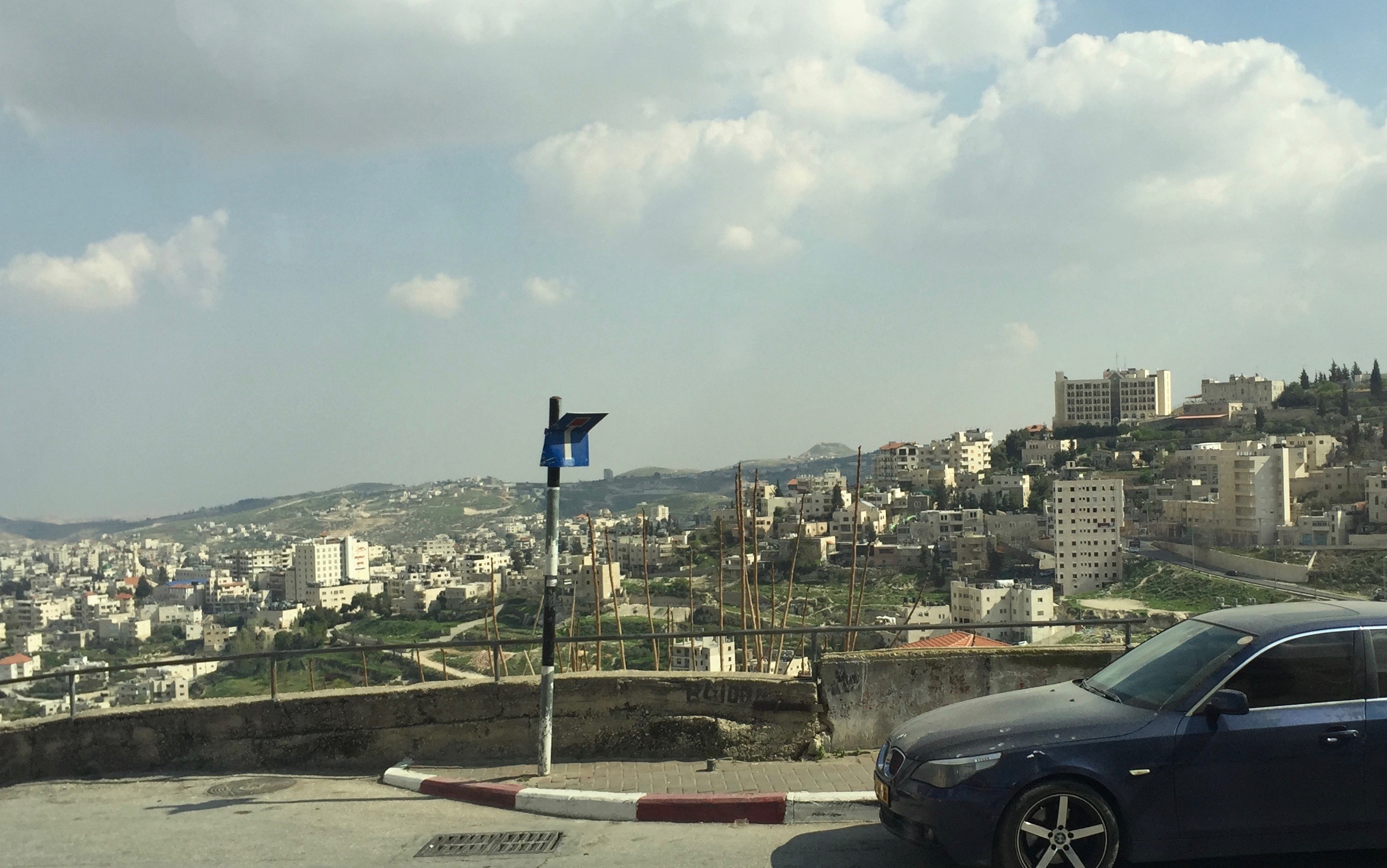 We passed through some hills that were full of houses and buildings today (photo above). It was probably in one of those hills, two thousand years ago, where shepherds were watching their sheep when suddenly they saw a bright light and then the angels appeared to them announcing the birth of the Messiah. It must have been a marvelous experience to be on those hills that glorious night.

The tour guide asked us to look beyond Bethlehem hills and direct our sight to a strange-looking mountain in the distance. It was truncated and cone-shaped. I enlarged the section of the photo above to feature the mountain. (Sorry I was not able to get a better picture.) 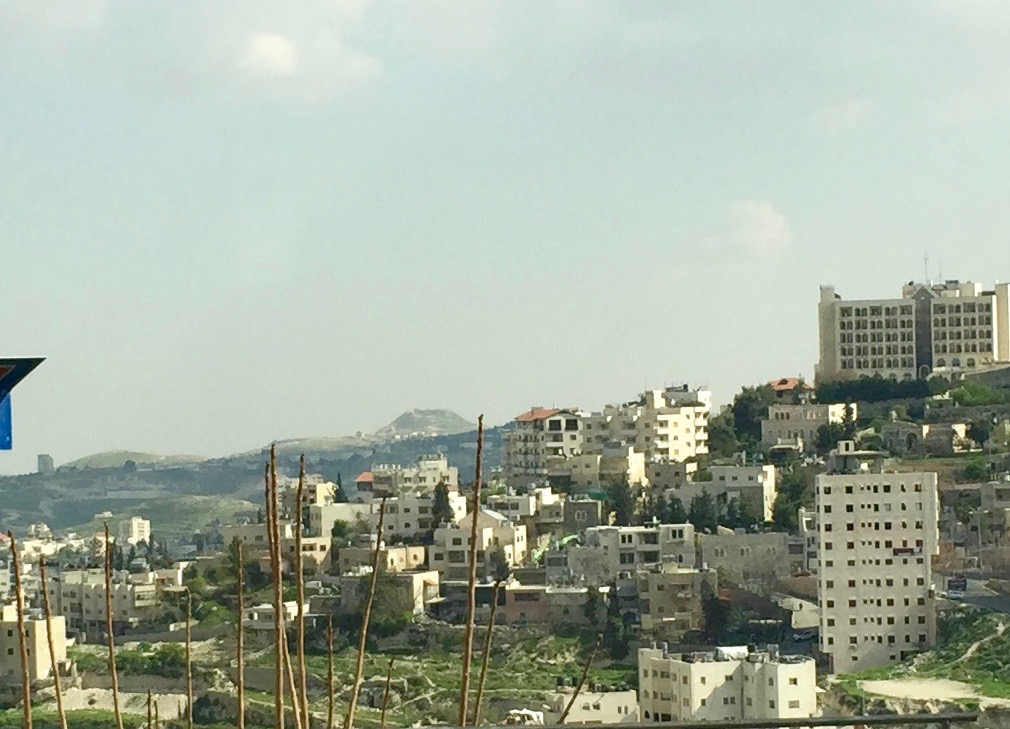 It was a strange-looking mountain because it was man-made. The mountain was named Herodium, a fortress that Herod the Great constructed, about 5 kilometers southeast of Bethlehem. This was the same King Herod that tried to kill Jesus by slaughtering all the male infants in the region.

As history recorded it, when Herod the Great, was searching for a place to build his home and fortress, there was not a mountain high enough for him to build this structure. Instead there were two hills near each other at the site where he wanted it.

So what did Herod do? He cut down one hill and with an army of laborers he placed the pared hill on top of the other hill to make it higher, one bucket of dirt and rocks at a time. He literally moved a mountain.

When Jesus and his disciples were having discussion about faith, they were probably looking at this Herod’s mountain, which was hard to miss in the Judaean desert. Its dominating presence was a constant reminder of an oppressive regime. It was a common knowledge of that time how Herod moved a mountain.

However, what Jesus was telling his disciples is that faith, is much more powerful than what Herod can do. With faith they can be mightier than the mightiest ruler of their time.

“Truly I tell you, if you have faith as small as a mustard seed, you can say to this mountain, ‘Move from here to there,’ and it will move. Nothing will be impossible for you.” (Matthew 17:20)

Yes, we can move mountains. Though not by our own power but by the mighty power of God.

What mountains are we facing? What giant challenges are gripping our hearts with fear? Let’s put our faith in the King of Bethlehem hills, and He will move our mountains.

May we all have a meaningful Christmas.