Last week, I went to Boston to attend a conference to learn a new technology (which will be on a separate post). But as I learn the way of the future there, I also learned the way of the past, as we explored Boston.

Boston is one of the oldest cities in the US, and is very rich in history. It is the biggest city in the New England region. It was founded by Puritan colonists from England in 1630. During the 18th century, it was the location of several major events of the American Revolution.

We hopped on a trolley and explored the city.

We also did a lot of walking, following what is known as the “Freedom Trail.”

Boston has old neighborhoods whose houses and buildings dates back to the 16th to 18th century. These structures are preserved by the city, as owners cannot change their outside appearance, even though they can update and renovate the inside of these buildings.

One of the interesting area in the heart of Boston is Charles Street. It was studded with quaint shops and business stores. The street was lined with lamp posts dating back to the era where gas lamps were used. It was said that the city kept the lamps burning through the night and through the day, as it will be more expensive to hire people to light them at night and extinguish them during the day. These lamps are kept burning 24 hours to this day.

One of the revered names of the American Revolution is Paul Revere. He was made famous for his “midnight ride” (as in the poem of Henry Wadsworth Longfellow), alerting Colonial militia of approaching British forces. During the battles of Concord and Lexington, two lanterns were hung in the steeple of Old North Church, as a signal from Paul Revere to the Patriots keeping watch in Charleston that the British troops were coming by sea and not by land.

Here are the Massachusetts State houses. The one with the golden dome is the “New” State House. How new? It was completed in 1798. That’s hardly new at all! Before the current State House was completed, Massachusetts’ government was seated at the “Old” State House. Within the walls of that old building, where Samuel Adams, James Otis, John Hancock and John Adams debated the future of the British colonies.

One of the oldest meeting place in Boston is the Faneuil Hall. It has served as a market-place and meeting hall since it was built in 1742. This building had been the scene of many meetings where Bostonians voiced their dissent against the oppressive policies of the British Parliament. Thus this building has been known as the Cradle of Liberty.

In the middle of city, are a number of old graveyards. Many of the fathers of this nation were buried in this cemeteries.

At the center of the city of Boston is the oldest park in the country, known as Boston Common. The park was created in 1634. It is almost 50 acres in size. Nearby is the Public Garden, which was created in 1837.

Since Boston is near the sea, it has been known for its ports and harbor.

Harvard University. The cradle of the most brilliant minds of America. It was established in 1636, and is the oldest institution of higher learning in America. We visited Harvard when my daughter was less than a year old. Now, my daughter is 14 and my son is 8 years old. Who knows, maybe the next time we come here, we will be visiting the registrar’s office.

Goodbye Boston. Until next time……. 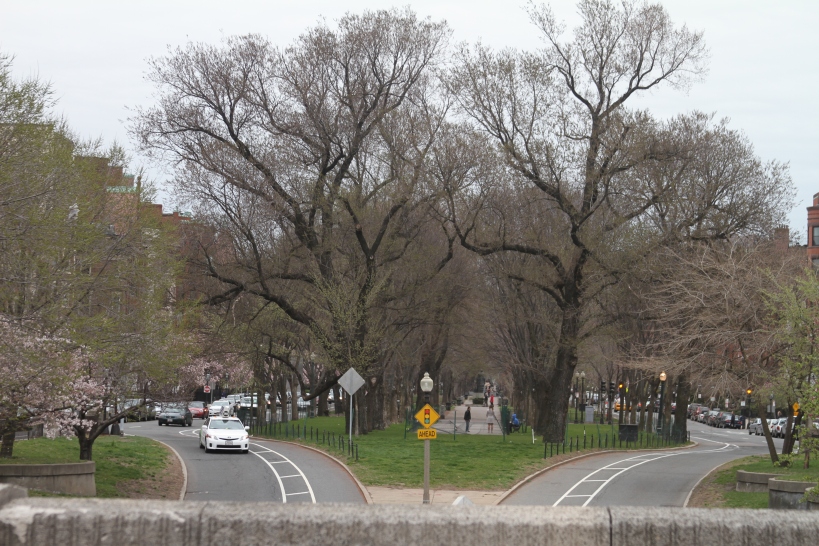