Philadelphia. It is commonly referred as Philly and is also known as the City of Brotherly Love, obviously from what its name implies. (Philia means brotherly love in Greek). Last month, I attended a conference held in this city, and we had the opportunity to tour it.

Below is one of the well-known landmark in the city, the LOVE Park.

This city was founded by William Penn in 1682 to serve as the capital of Pennsylvania Colony. Currently it is one of the largest cities in America, being 5th of the most populous cities in the US.

Below is the city hall of Philadelphia. Construction of this building started in 1871, and was designed originally as the tallest building in the world. However, upon its completion in 1901, it was already surpassed by the Washington Monument and the Eiffel Tower. Who do you think is the statue of, on top of the building? William Penn, of course. 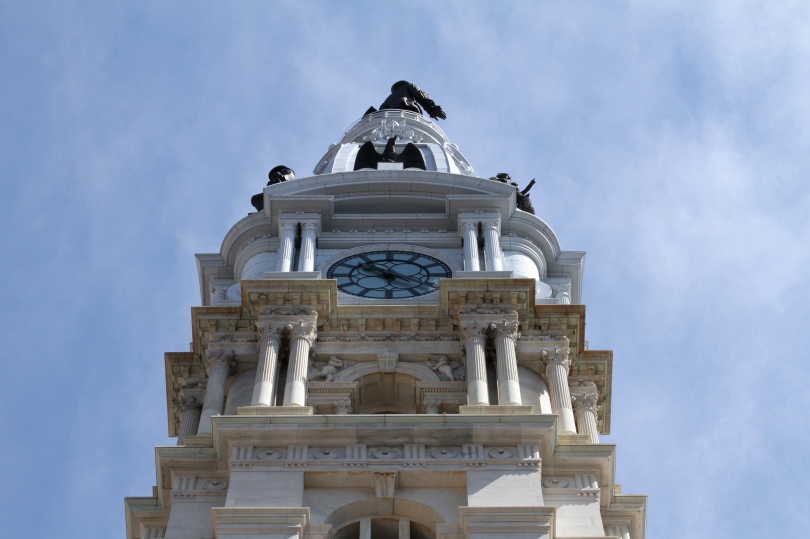 Philadelphia played a vital role in the history of the United States. It was here where the founding fathers of this nation met and signed the Declaration of Independence and later on, the Constitution.

Above is the Liberty Bell, and on the background is the Independence Hall where the forefathers of the United States held meetings.

The Liberty Bell is the iconic symbol of American Independence. Formerly placed at the steeple of the Independence Hall, now it is housed in its own chamber. The bell was cracked and damaged, and was last rung in 1846, however the freedom and liberty it symbolizes continues to ring loud and clear.

The city is a rich mix of old and new. A perfect example is a photo below, where a well-maintained old house sits right next to a modern building. 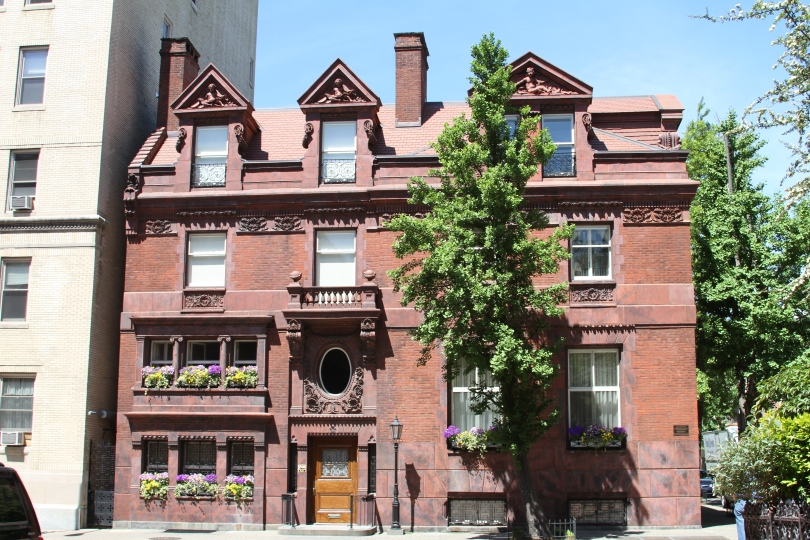 When it comes to food, Philadelphia is known for Philly cheesteak and soft pretzels, the emblematic foods of the city, which you can buy on the streets. But it also offers world-class cuisine and unique eating establishments.

We had the pleasure to dine at the City Tavern Restaurant. This tavern was established in 1773. We experienced an authentic 18th century culinary history with their entrée. After we were seated at a table in one of the rooms on the second floor near a window, our waitress told us that we were seating at George Washington’s favorite spot.

You can tour the city by riding the trolley and also by walking, as many of the points of interest are within walking distance. We did both. 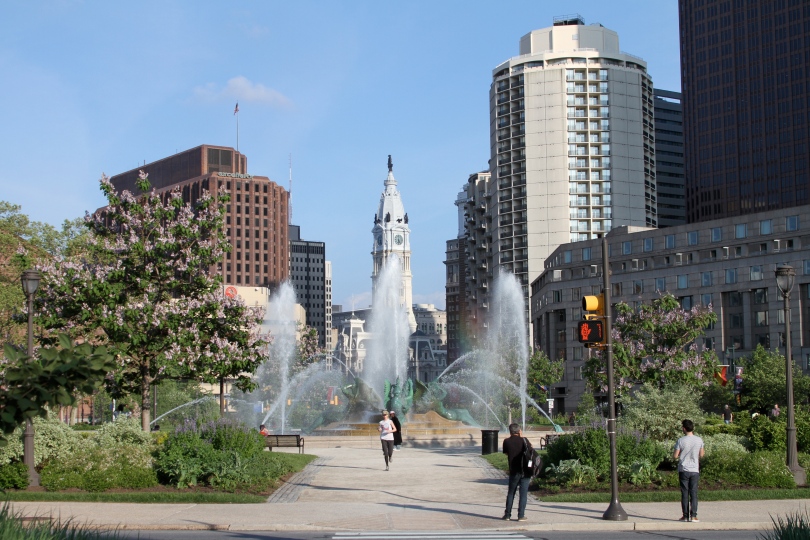 The city is also known for its arts and culture. And sure enough, Philadelphia’s city center is lined with different museums which are stone-throw away from each other.

Here is Shakespeare Memorial with the inscription: “All the world’s a stage, and all the men and women, merely players.”

Below is Rodin Museum. In front of it is the iconic sculpture of “The Thinker.” As I ponder at this statue, I can’t help wondering, what is he thinking?

Perhaps the most well-known museum in the city is the Philadelphia Museum of Art. It is one the largest art museums in the US. If you are not really into arts, at least you will recognize this museum, as it was here where Rocky Balboa, from the movie Rocky, was shown running up its stairs.

At the side of the Museum of Arts is a statue of Rocky.

Below is a view from the top of the steps of the Philadelphia Museum of Arts.

As I was looking at the beautiful view of the city, (even though I was still carrying my messenger bag as I came directly from the conference, and did not have the chance to change to my “boxing” shorts and shoes) I was compelled to take a “Rocky pose.” Anyone standing on this place can feel like a champion.

I hope that you got a glimpse of this place from this post, and maybe someday you will visit it too.

From the engaging city of Philadelphia with love,

(*most photos were taken by my wife, so I cannot even take credit for these beautiful pictures)