Yes, you read the title right. I’m hanging up my running shoes.

Though it does not mean I am done with running. What I mean is I am retiring my old beat-up running shoes.

I got this particular running shoes about 2 years ago, and I even wrote about it (see post Heart and Sole here). 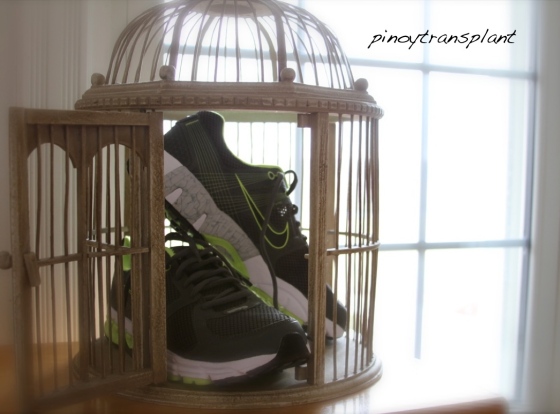 After only a couple of months of having it, my new running shoes was stolen. Somebody swiped it, right in my garage! We had different service crew and repairmen visit our home that day, and I don’t know what happened. But the next thing I know, my shoes were gone. I just hope that whoever it was, he had put it to good use.

I like that shoes very much that I replaced it with exactly the same kind. Since then, that shoes had taken me to many places. 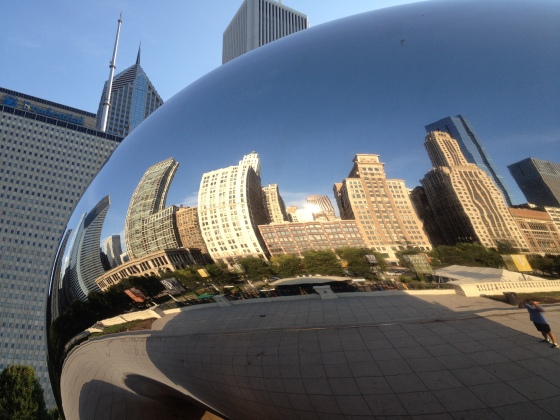 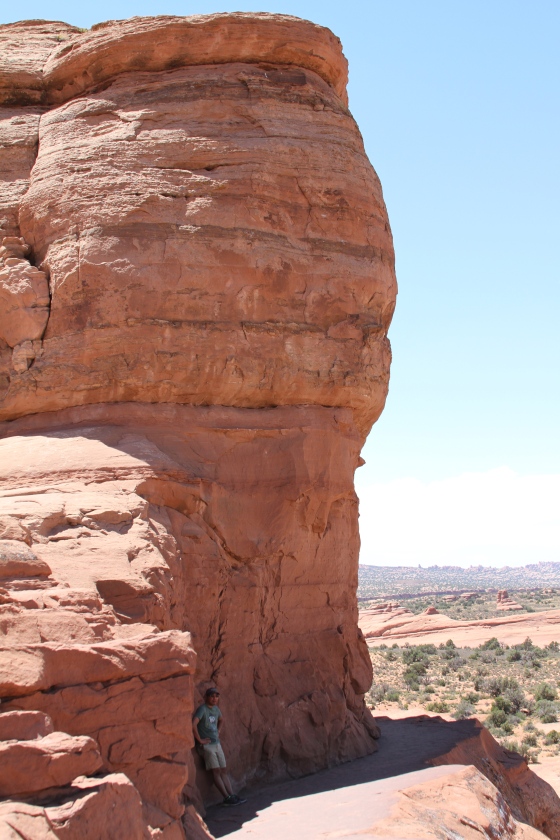 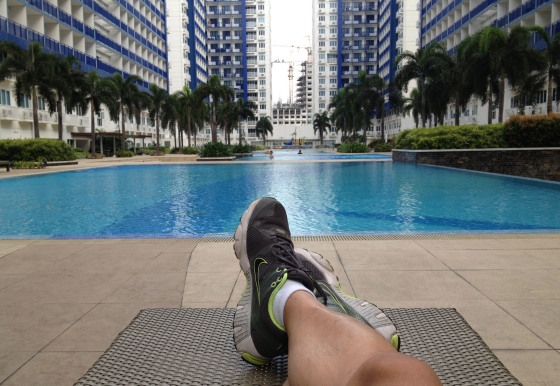 It also served its purpose, as I used it for my regular morning runs. It even let me finish not just one, but two half marathons. Is that equivalent to doing the full marathon?

Now the shoes has way more than 500 miles under its belt. Experts on running recommends replacing your shoes after 300 to 400 miles of running. This is to prevent injury, as old shoes loses its stability and support.

Over the past two years, it gotten worn-out, got dusty from running on the dirt road, and even got muddy. Though taking me to the above places and finishing marathons were not the only accomplishment of these shoes.

These shoes got seriously dirty when they walked the muddy streets of Tacloban, and gave service to people affected by the typhoon Haiyan (local name:Yolanda) in the Philippines.

Here’s a video I took in one of our helicopter medical mission, showing the devastation of Tacloban. But I also inadvertently focused on my shoes at the end of the video:

In that regard, it went beyond it’s purpose of a running shoes.

I’m hanging you up now, my old and faithful running shoes.

3 thoughts on “Hanging up my running shoes”