If you have been reading my blogs, you probably already know that I once lived in New York City. I left New York seventeen years ago, though I came back once for a visit, and that’s seven years ago too.

But now it’s time to visit New York once more.

When you hear New York, you picture in your mind the big crowded city. But in reality, a large part of New York State is mountains and forested areas. And that’s where we started our visit.

Yes, the above photo is New York.

We did some not-so-serious hikes up the mountains, and the view there was breath-taking. Breath-taking, not just because we were panting after the climb. 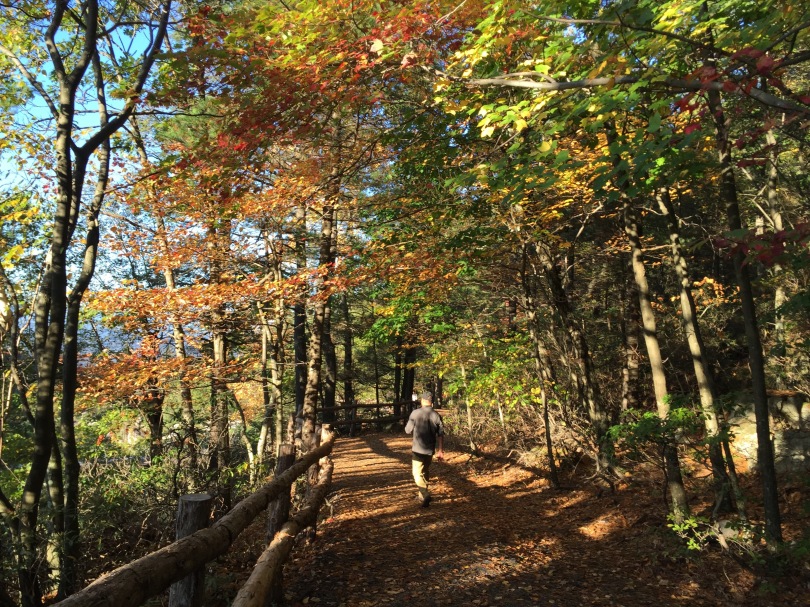 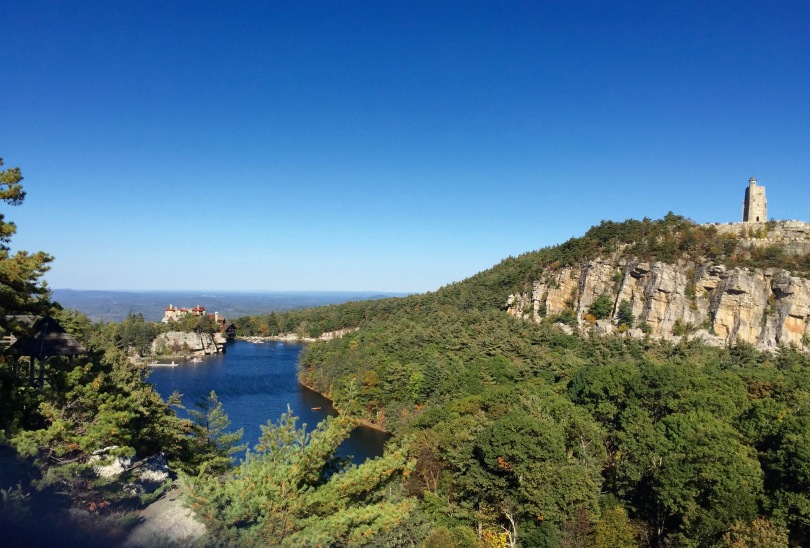 It’s not all work though, for we did some relaxing as well. Lots of relaxing. Especially beside a lake. We even went for a calm boat ride. 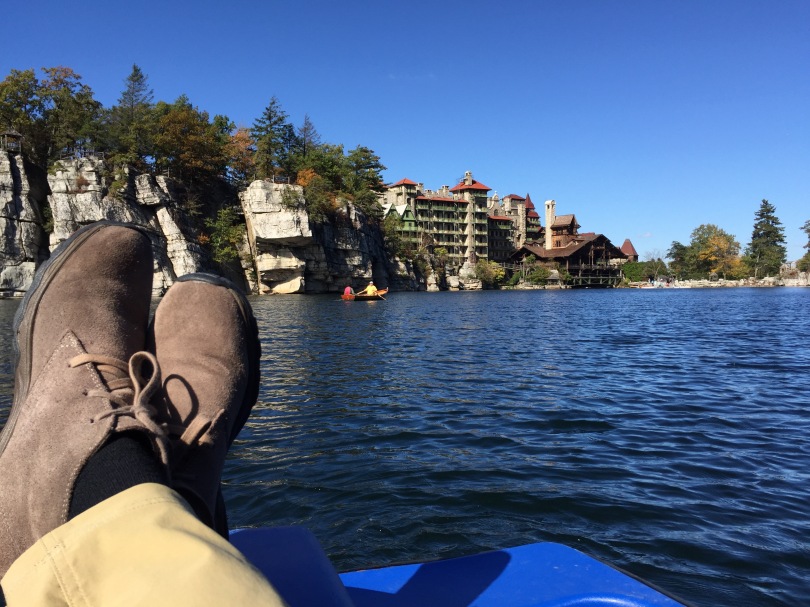 Beautiful mountains, trees, a lake, and some quiet time. What could be better than that?

Well, this: to enjoy it with the love of my life. 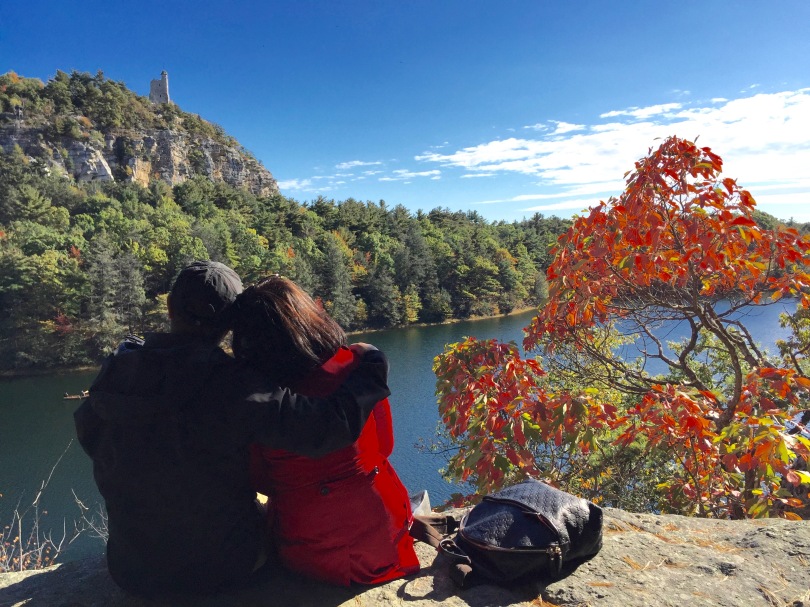 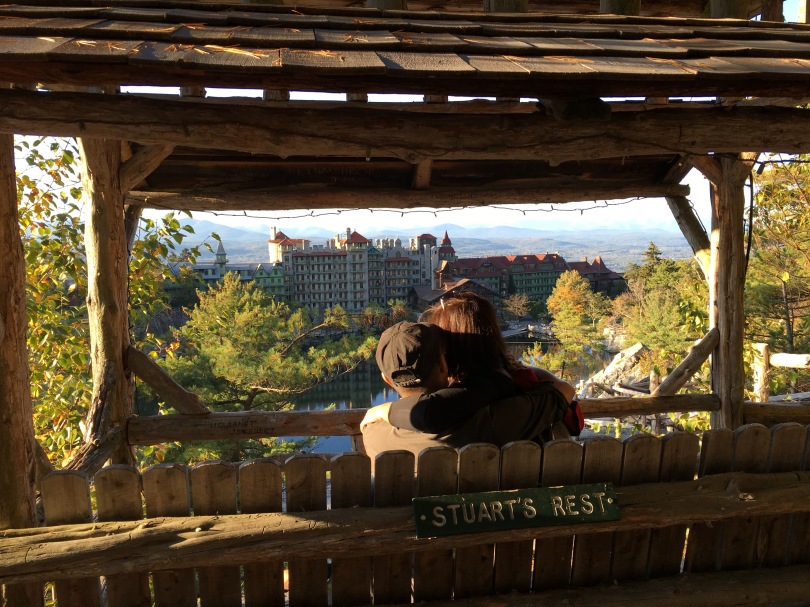 While in upstate New York, we also visited the Culinary Institute of America. Besides touring the place, we also ate a sumptuous meal there (see previous post). 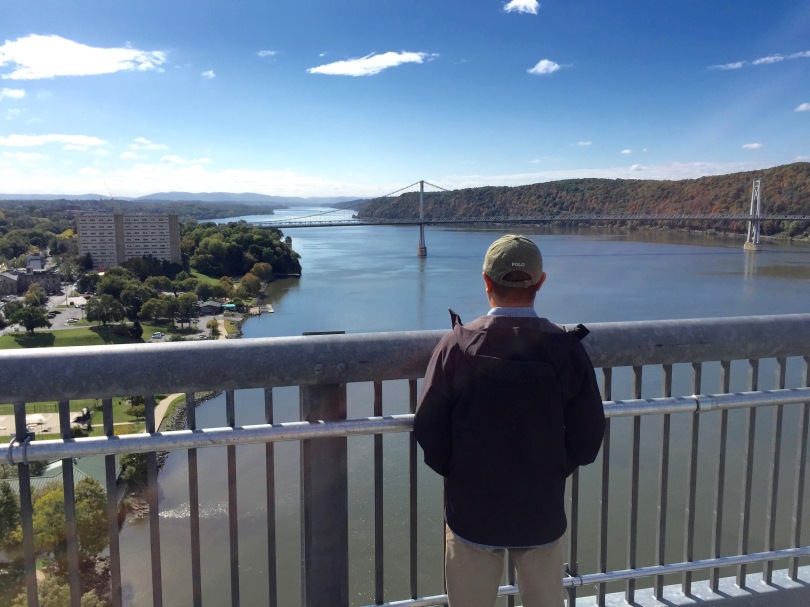 After spending a couple of days in upstate New York, it was time to visit the city.

We decided to stay not actually in New York City, but across the Hudson River, in New Jersey. So we can sleep with a view like this (photo below). And going into the heart of New York City is just one ferry ride away. 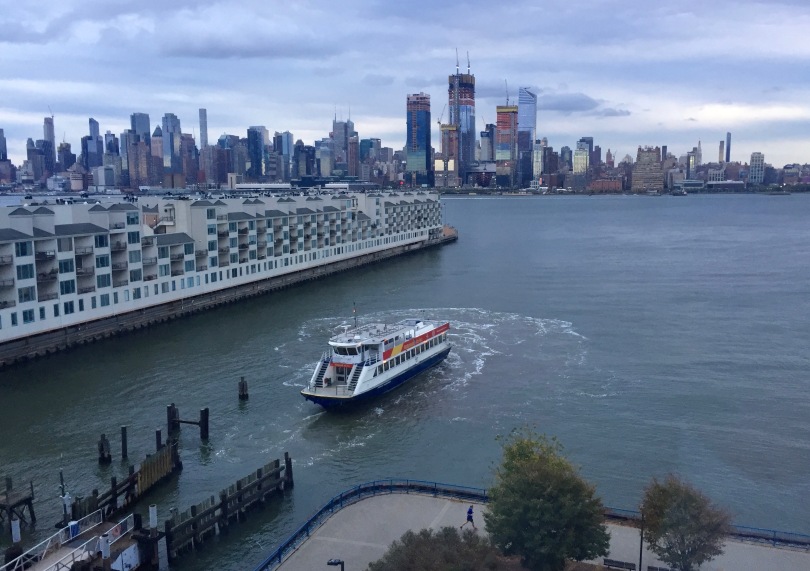 Though we stayed a few days in the city, I’ll just chronicle here a one-day trek that we did through the city.

We started at the new improved Chelsea Market. It is an enclosed food hall, shopping mall and offices all rolled in one. It was built at the old Nabisco factory complex, where Oreo was invented and produced. They transformed the factory, but kept many of its original structures. 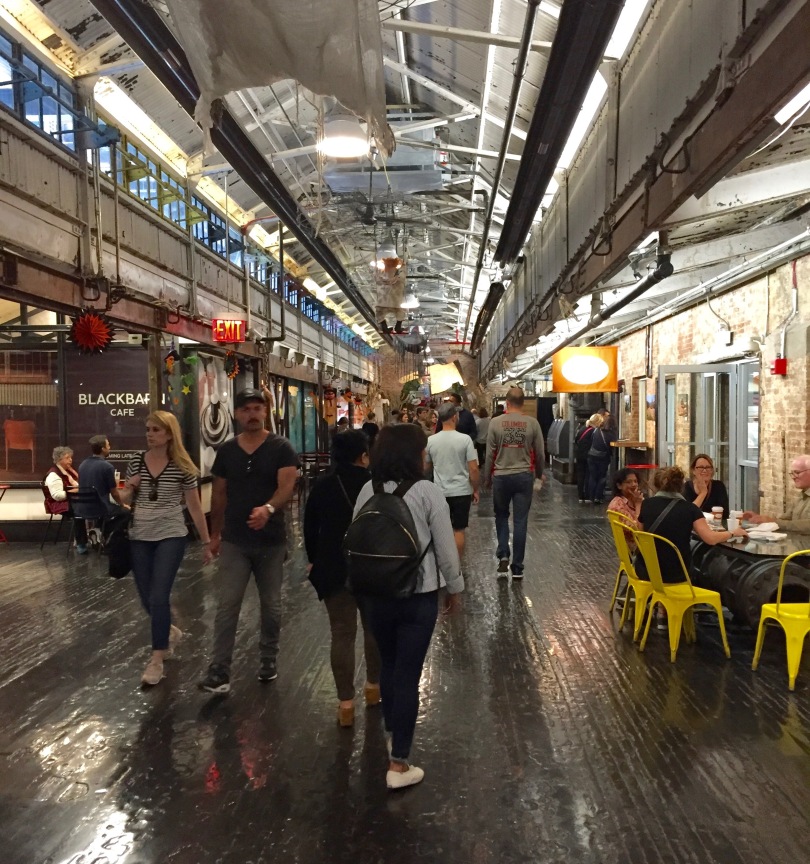 There were places that we visited that were not existent yet when we were still living in New York. Like the High Line Park, a long elevated linear park at the West Side of New York City, which opened in 2009. This is again an old elevated rail road track that was repurposed into a park and walkway. 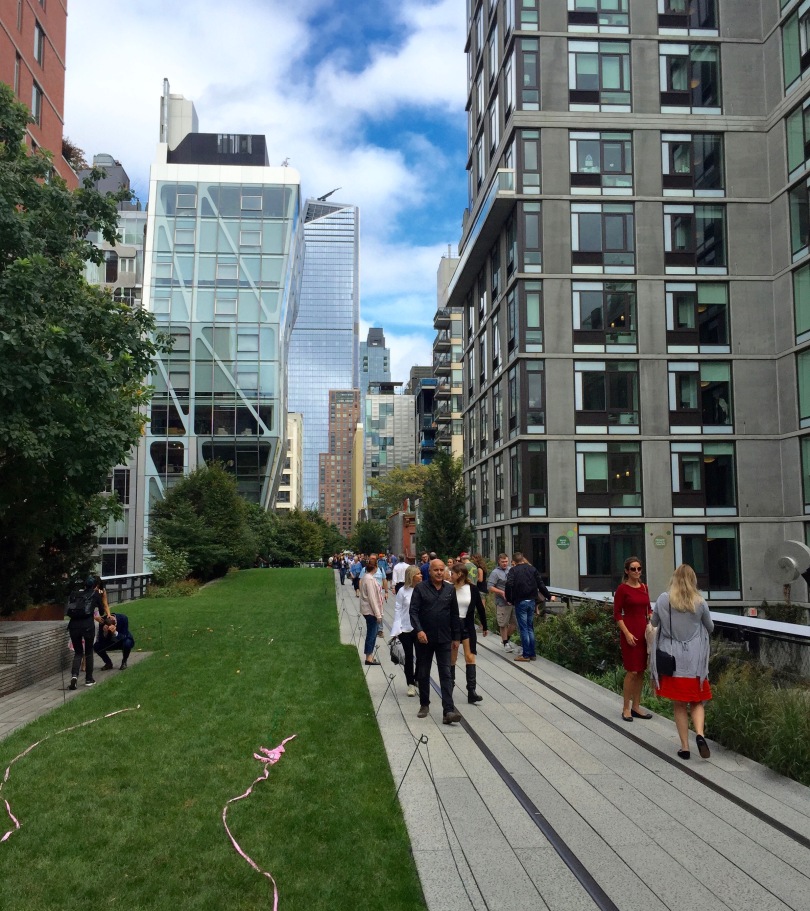 Walking this park gives you a unique perspective of the city, as well as get interesting stories as you peered through buildings, neighborhood and people’s backyards. 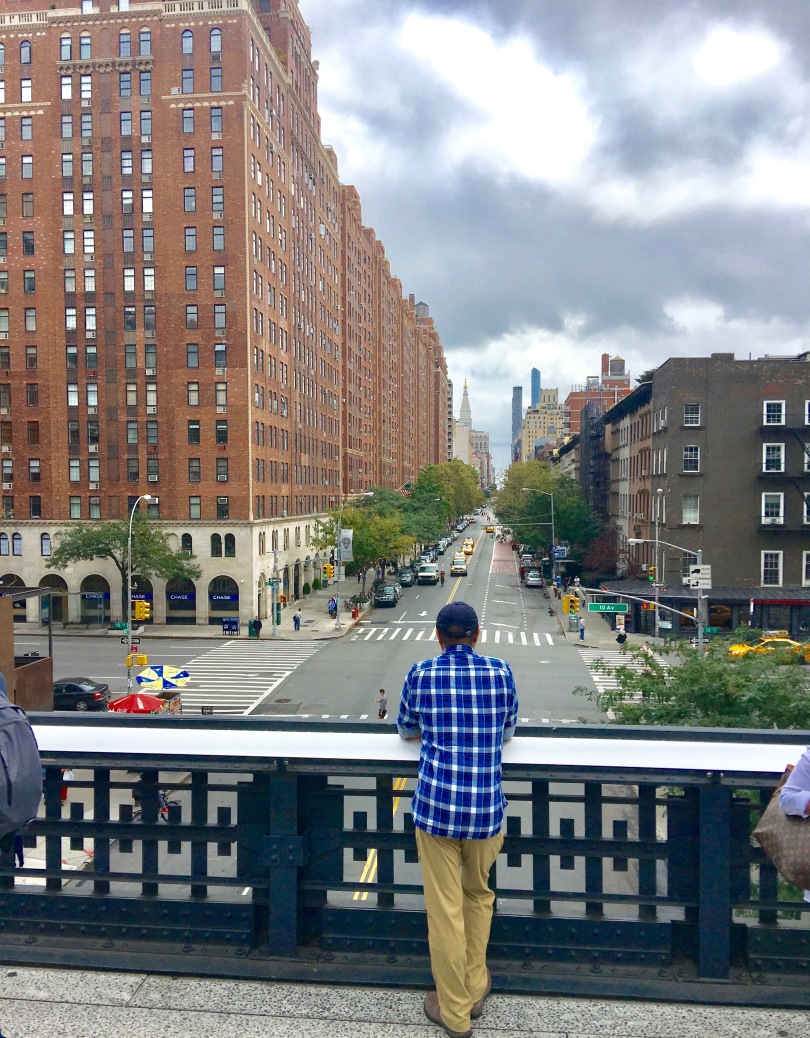 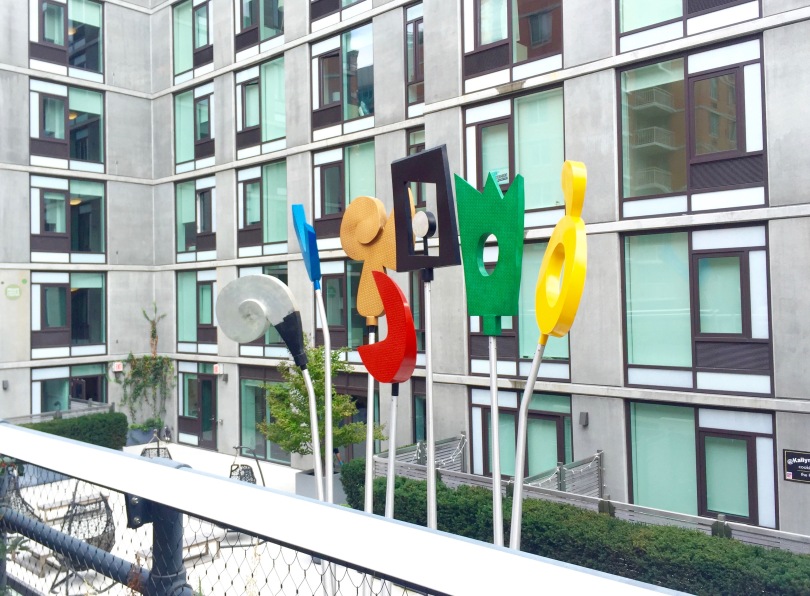 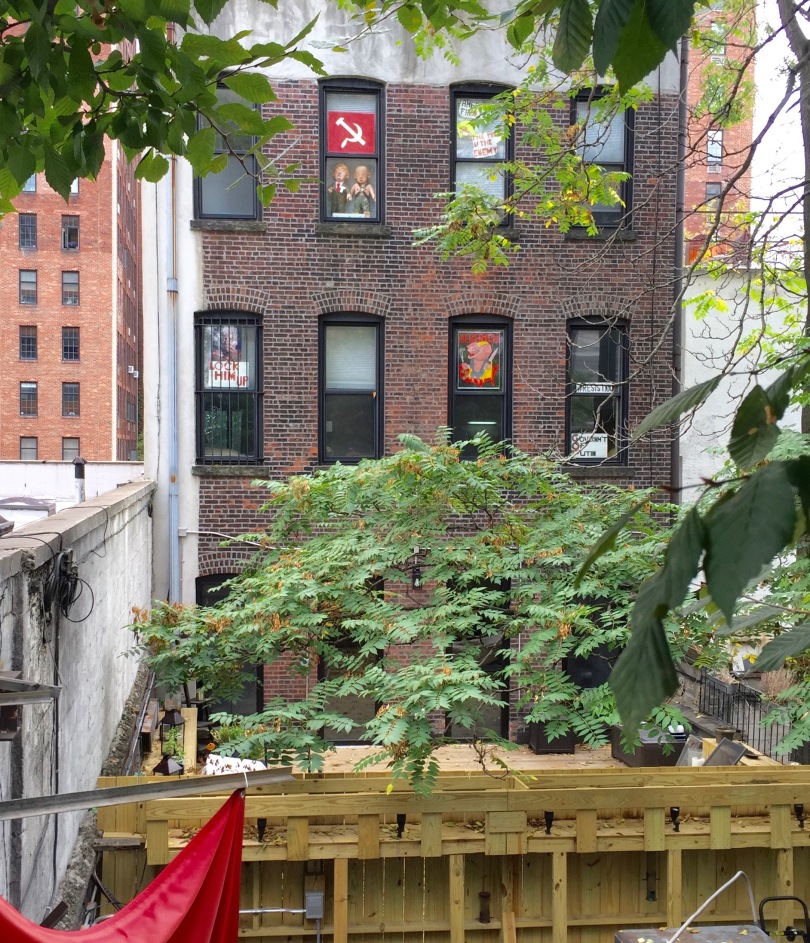 And yes, we walked the whole 1.45 mile span of the High Line Park.

The photo below shows typical New York. That means construction never stops in this city. 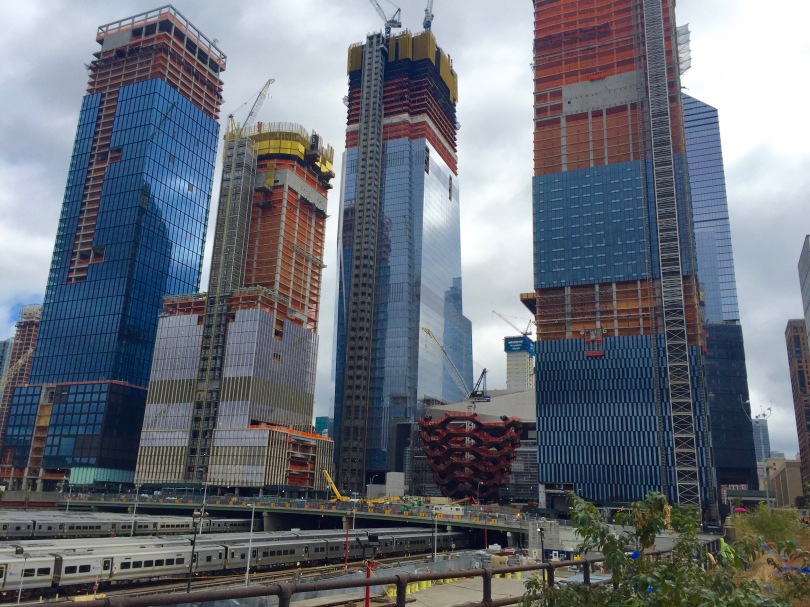 Besides walking inside the city, we also rode the ferry to get a different “feel” of New York City. That is, to view it without the noise, the hustle and the bustle. 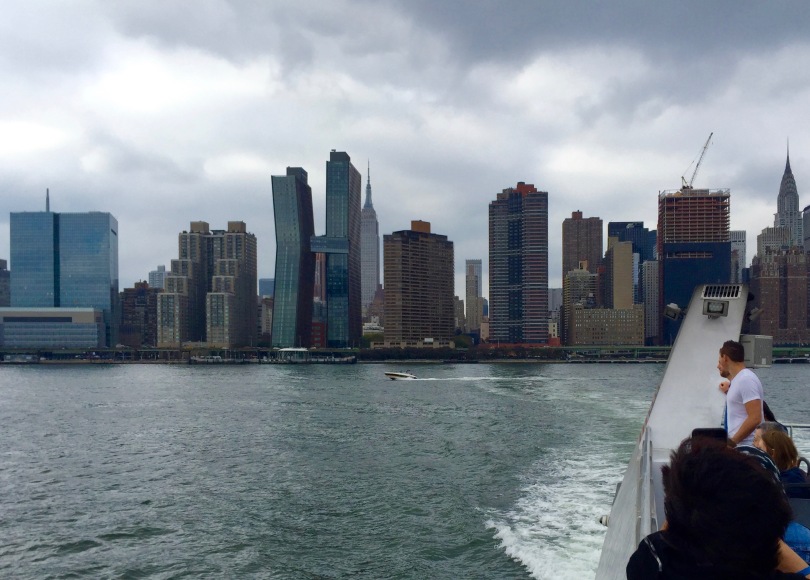 We got off at the Brooklyn port from the ferry, and then we crossed the Brooklyn Bridge by foot back to Manhattan. 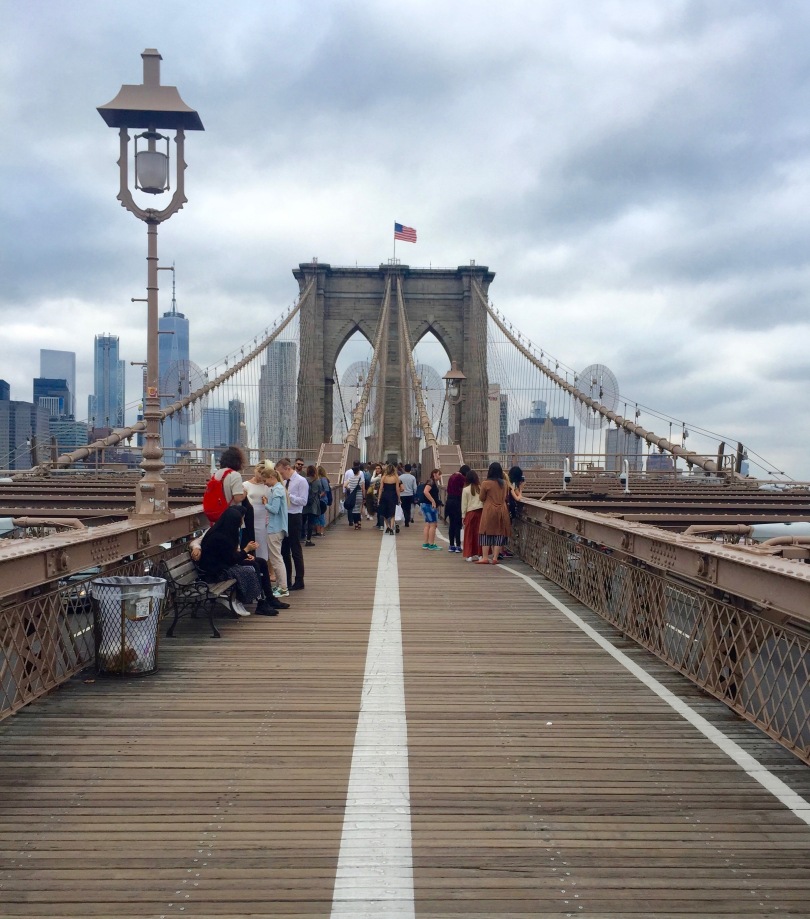 As you can surmise from my account, we did a lot of walking that day. In fact, according to my phone app, we walked 7 miles or more than 18,000 steps that day.

After all that walking, I got hungry so I got something to eat. Iconic New York City’s street food, of course! 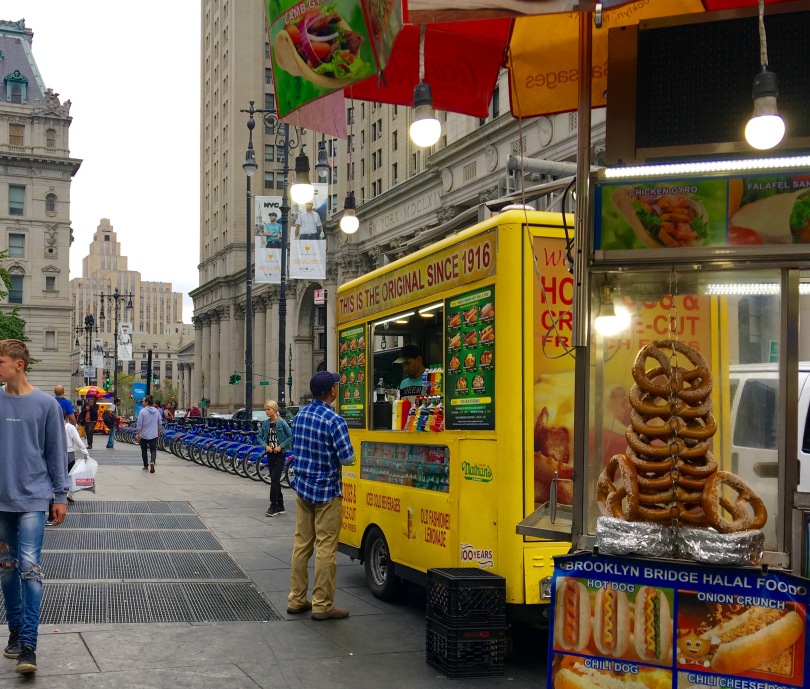 Finally I stopped at the 9/11 Memorial and spent some quiet moments besides the reflecting pool. I uttered a prayer and paid respect to the thousands of lives our nation lost there. 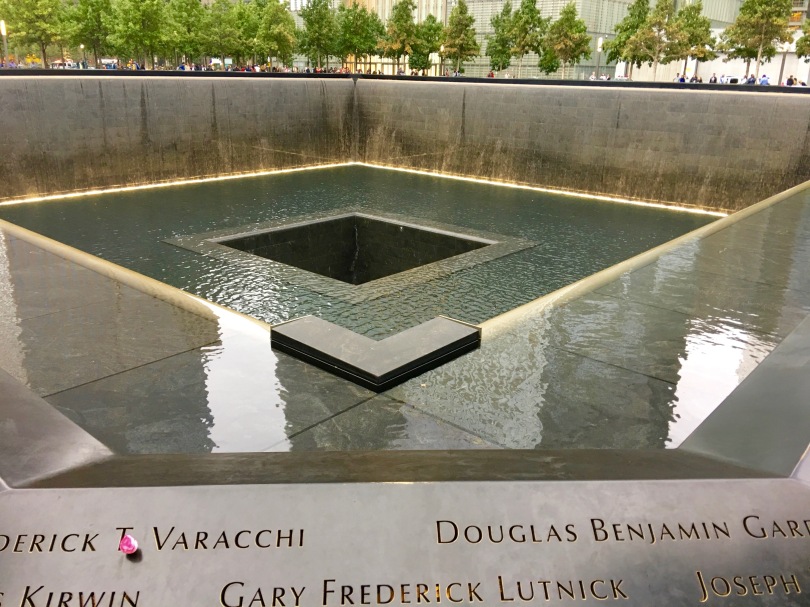 After visiting the 9/11 Memorial, we decided to call it a day.

On our way home, we rode the subway. Though for some reason, it was not crowded at all. Is this is the World Trade Center’s ghost subway train? Nah! 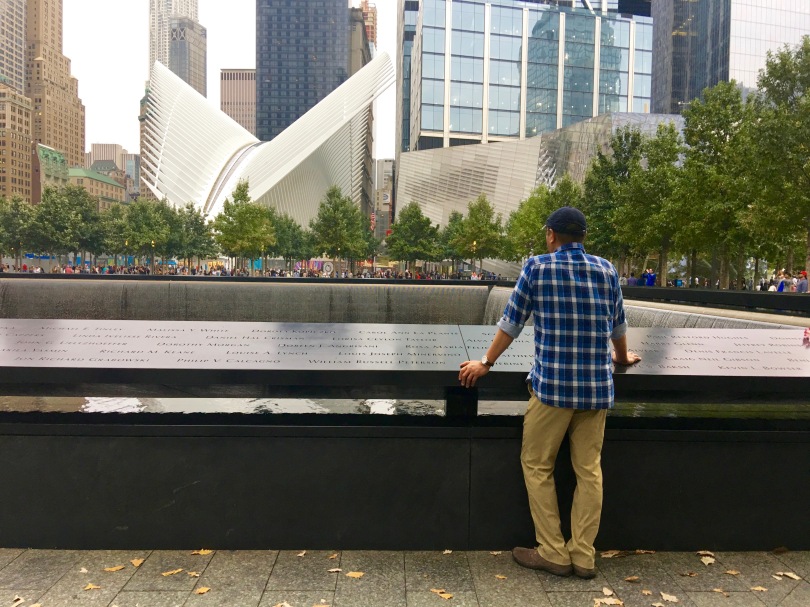