I like playing chess. It is a game of intelligence, strategy, and mental stamina. However, because it needs thoughtful moves and concentration, that is if you’re serious on winning, playing it can be time-consuming. Considering that you have a worthy opponent too. Did you know that the longest game on record took 269 moves and it ended in a draw? All those moves for a draw!

The shortest game can be won in 2 moves, but it can only happen if your opponent is so naive. Thus this is aptly known as the “Fool’s Mate.” By the way, the word “Checkmate” in chess comes from the Persian phrase “Shah Mat,” which means “the King is dead.”

I taught my son to play chess when he was still little, and since then he always wanted to challenge me, hoping to outwit the ‘master’ who taught him. Well, he’s not so little anymore now, and he has become a worthy opponent.

Recently we were in a place so idyllic, that we don’t mind spending a lot of time there, even if we were engaged in a serious game of chess. 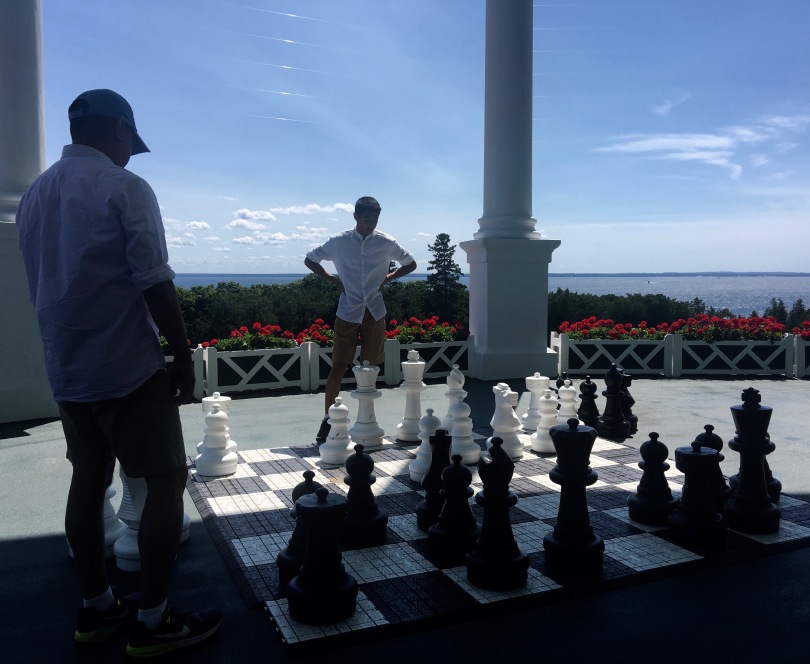 Don’t get me wrong, we are far from being world-class level, nor do we have the crazy delusion that we are Grandmasters in chess. Grandmaster is a title that is only awarded by the world chess organization to players who have ascended to the highest level of mastery of the game. There are specific and strict criteria of earning this prestigious title.

Yet since we were playing chess in this particular place, I think we can be called ‘Grand’ Masters. At least for the time we were there. 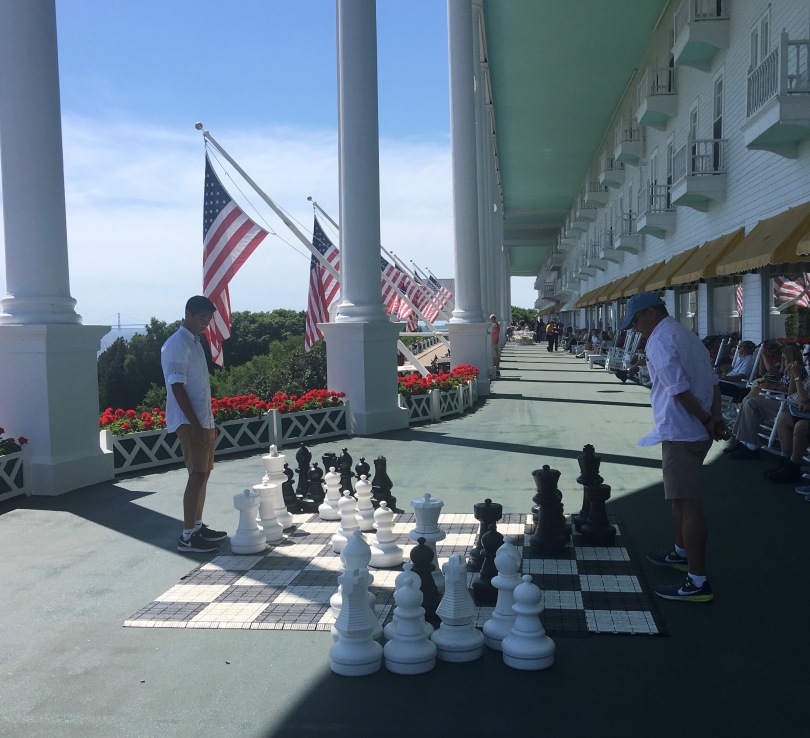 (*photos taken at the “Grand” Hotel in Mackinac Island, Michigan)