The NBA season is now in full swing, and you probably know already that I am a basketball fan. I enjoy watching as much as playing the game. (Read past post here.)

Iowa has no NBA team though. So if I want to watch a live NBA game, I need to drive north to Minneapolis that takes 3 hours, or go east to Chicago that takes 5 hours, or south to Oklahoma for 7 hours, or west to Denver for 9 hours. Those are the nearest locations I have. Of course I can always stay at home and watch it on TV.

We have decent college basketball teams in Iowa nonetheless. In fact, college basketball games may be more energetic and intense, as the players are younger and more fearless. But I am not in to college hoops. At least not that much.

I have seen a live NBA game before when we were still living in Florida. That was fifteen years ago. I got the chance to see the Orlando Magic twice, and for free too, courtesy of a friend of a friend who had season tickets.

However that was not my first time to watch a live professional basketball game. When I was still in the Philippines, I had a former classmate in high school who became a journalist. She invited me to watch a Philippine Basketball Association (PBA) game, as she had reserved seats as a sports writer. We were so close to the action as we were seated at the back of the scorer’s table. That was a real treat!

All those experiences were from a long time ago.

That’s why when the NBA came in town here in Iowa, I cannot resist the opportunity to see a live basketball game again. I bought tickets even if it was just a pre-season game. 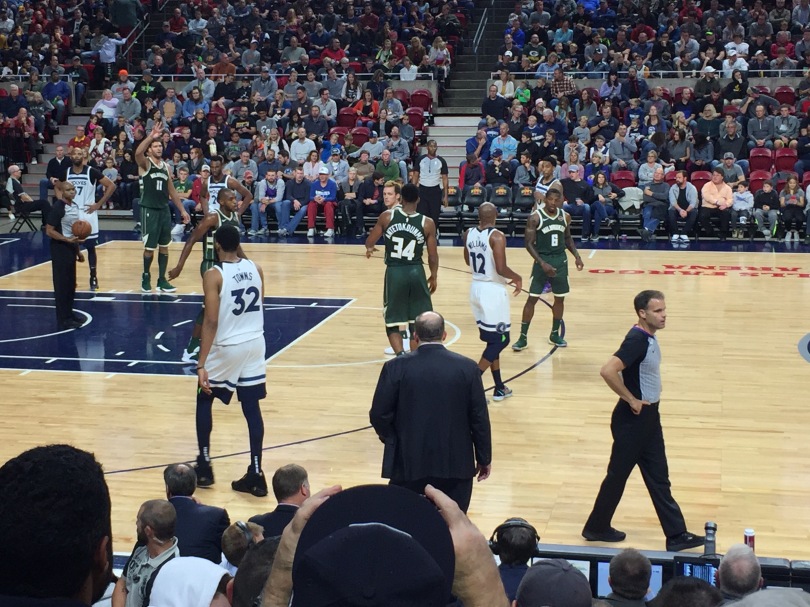 The seats that I got were near the court side that I can easily read the names of the players on their jerseys. It was close enough that I can even hear the coach during their huddle. 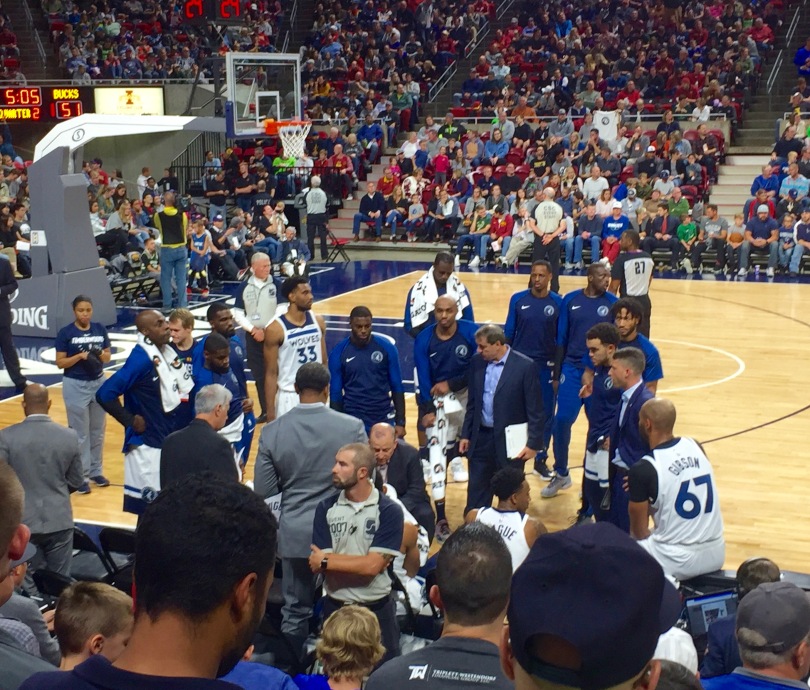 But since it was a pre-season game, it does not have the intensity of a regular season game. And it definitely does not have the fever pitch excitement of a playoff or championship game. Although Giannis Antetokounmpo made a couple of spectacular dunks in that game. 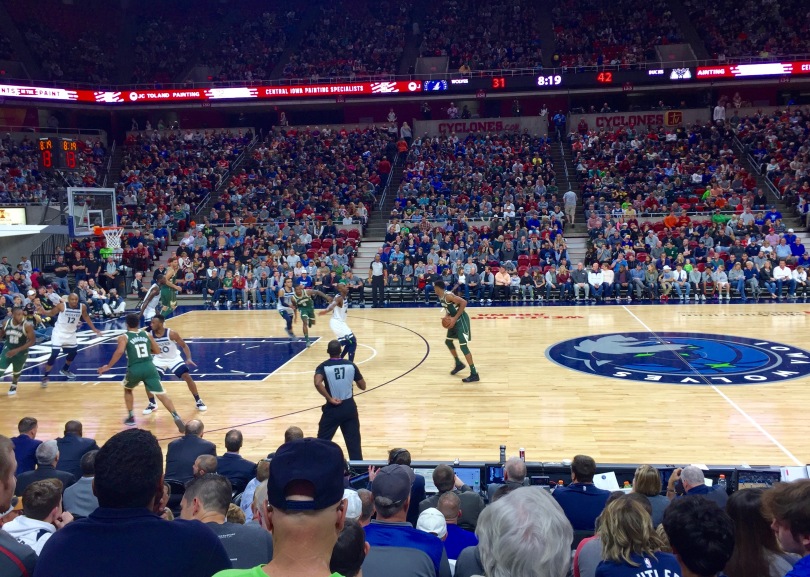 Anyhow, the more wild and high-flying action was during the intermission. 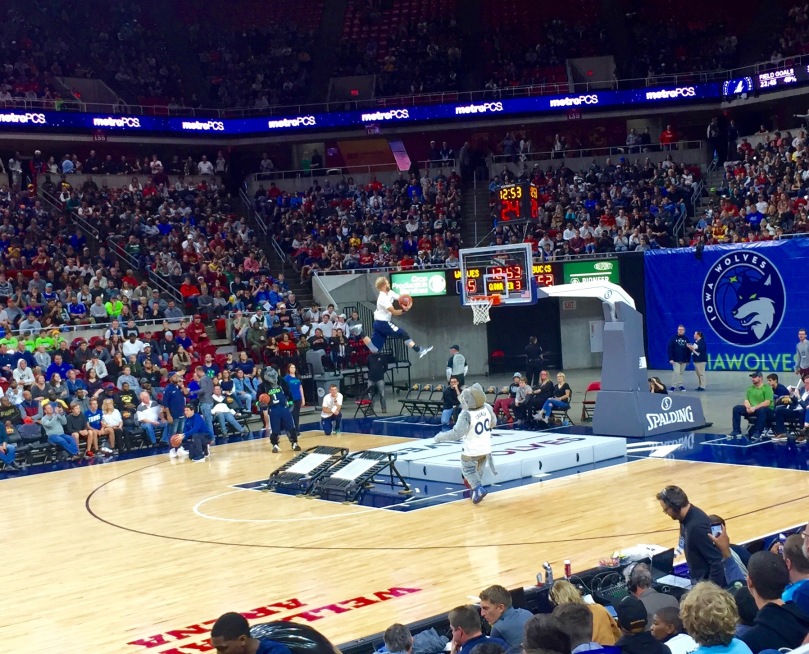 Overall, it was a good enough experience for me.

In my opinion, nothing still beats the elation of playing the game yourself, rather than being a mere spectator. Even if the basketball game you were playing was just in the streets and you were bruising it out with your friends, or strangers from the other street. Those were the days I really miss.