during one of their rehearsals at Des Moines Symphony Academy (the building used to be a Masonic Temple, now it is called Temple for Performing Arts)

Since my daughter started taking music more than 3 years ago, she has advanced in leaps and bounds. She now plays piano excellently (of course, there’s always room for more improvement). The pieces she now plays, are far too difficult for me, even if I took about 5 years of piano lessons during my childhood. Thanks to her previous teacher and her new teacher who is in New York, who took her under her wings. I admit I was skeptical at first that a “virtual piano lessons” (thanks to Skype) will work. But I cannot argue with success, basing on how good my daughter plays now.

However since her teacher is in New York, having a recital can be a little bit expensive, as the recitals are held in New York! Last fall, we travelled there to be with the other students for a recital in Manhattan. Though most of her students are from New York and New Jersey area, there are students from Pennsylvania too. I was surprised that her students from Florida (also taught by virtual lessons) travelled there, just like us, who came from a far place, like Iowa. (However, there is an option of doing “virtual recital” too, which I think we’ll do next time.)

Since we were in New York, we made it into a music field trip.We visited the Lincoln Center for Performing Arts, the prestigious Juilliard School, and toured Carnegie Hall. (I admit I never went to these places before, even when we lived in NYC for 3 years in the past.) Then, we watched a concert by Philadelphia Symphony Orchestra in Carnegie Hall with her piano teacher. 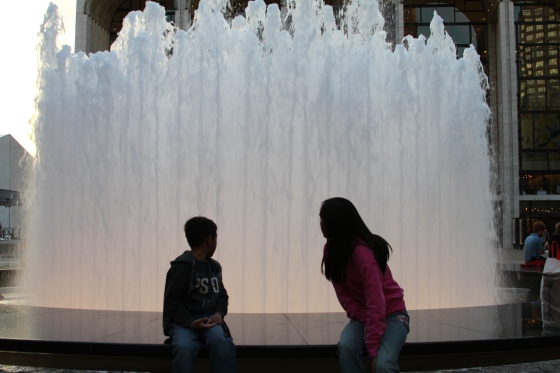 To top it all, we sang in Carnegie Hall! Before you think that I have a voice like Pavarotti, well it’s not that. We did not sing as in a concert, but during the guided tour inside Carnegie, the guide ask us if there was anybody in our group who was  celebrating a birthday; and when there was one celebrant, she let us sing Happy Birthday inside the Hall. So now I can claim that I sang there as other great performers did!

My daughter has played piano (solos and duets) numerous times in our church during worship. Some of her performances and rehearsals were even posted in Youtube and Facebook by her mother, who like me is ever proud of her. (Though these posts are limited for viewing  by our friends and family only). Recently her teacher is asking her to work on a few pieces so we can record it and send it for an audition for a certain program. This involves me too, but I’m just here for the ride.

Last week, she started lessons with her new cello teacher. We are hoping this will work out well too. Where will this take her, time only can tell. (Carnegie? Vienna? Even if it’s just in our living room, I’ll always be thankful.)

It’s just so amazing that my little girl (not so little anymore), who once was quiet and had minimal speech, has now found her voice, in music. And the world is listening.

3 thoughts on “My Daughter, Orchestras, and Carnegie Hall”