I read in the news that President Duterte is planning to sign a law that will ban smoking in all public places nationwide. My response to this is that: it’s about time!

I don’t think in this day and age, that anybody in this world have not heard or read the damning facts that smoking is harmful to our health. As a lung specialist, and an advocate of no-smoking, I laud this plan to ban smoking in public places. 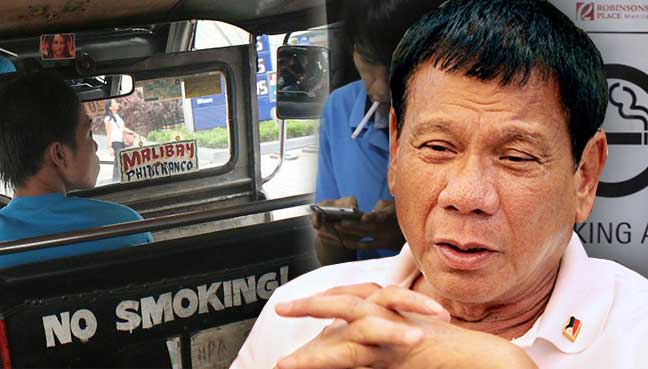 I am a witness to all the grim and devastating effects of smoking. I see them everyday.

Though quite honestly, I partly owe it to the smokers, of why I have work today. But in the same token, I don’t want people to continue to smoke.

According to World Health Organization, lung cancer is the most common cancer worldwide. It is also the leading cause of all cancer deaths in the world, accounting to 1.37 million deaths annually. The number of deaths every year from lung cancer alone is more than the number of deaths from breast, colorectal and prostate cancer (other leading cancers) all combined.

In the Philippines, lung cancer is also the most common type of cancer, and is the leading cause of cancer deaths. And we have 17.3 million tobacco consumers, which makes the Philippines the number one in most number of smokers in Southeast Asia. I am not sure if we should be proud of being number one in that category.

More than 90% of lung cancers are linked to smoking. Other causes are occupational carcinogen exposure, radon and pollution. Though lung cancer can arise from people who never smoke, like the late Senator Miriam Santiago, but this is relatively rare.

I know there will be some that will complain and protest that this plan is unlawful. And surely some would say that this is unfair for the smokers. For definitely people should have the right of choice. Even the right to do stupid thing, like smoking.

But the ordinance is to ban smoking in public places only. This is not taking away your right to kill yourself by smoking. You are just not allowed to kill others too that can inhale your toxic fumes.

I remember my jeepney-riding days, where someone would be blowing cigarrette smoke in my face. So between the secondhand cigarrete smoke and the diesel fumes from the buses and jeepneys, no wonder I cannot breathe after sitting for some time in traffic.

Studies have shown that second hand smoke (exposure to others who are smoking) is almost as harmful as firsthand smoke. I pity the children who have parents who smoke in their presence. Where is their right for non-toxic air?

Several places in the world have already this smoking ban in public places being enforced for quite some time now. And I’m glad that the Philippines is catching up with the current times.

I am not denying the fact that it is very hard to quit smoking. There’s even reports that tobacco companies are making cigarrettes nowadays that have higher nicotine content, making it more addictive and making it more difficult to quit.

When I was doing my subspecialty training in Memorial Sloan Kettering Cancer Center in New York City, we have patients who were already dying of lung cancer but still cannot quit smoking. They would go outside the hospital building and smoke. This was almost two decades ago when smokers can still smoke in designated areas in the hospital grounds. I even saw a patient with tracheostomy (a hole in his throat) due to throat cancer, and he was smoking through his tracheostomy! How sad is that?

Nowadays, most hospitals have a total ban of smoking in their entire premises. In the hospital where I work now, smokers would go across the street from the hospital entrance and smoke there. Even when it’s in the middle of winter or even when snowing, where they are exposed to the elements, they would still go outside in the subfreezing temperature and smoke. Why? Because they cannot help it. How really sad is that?

So I get it, it’s hard to quit smoking. But I still support the smoking ban.

Even the cockroaches will be in favor of this.

(*images from the internet)