Masada, which means “fortress” in Hebrew, is a place of history, defiance, triumph and tragedy all rolled in one. About three months ago, we had the chance to visit this place.

After Jerusalem, Masada is the second most visited site for tourists in Israel. This fortress became a symbol of pride for the Jewish people, as it was their last stronghold against the Roman invasion. 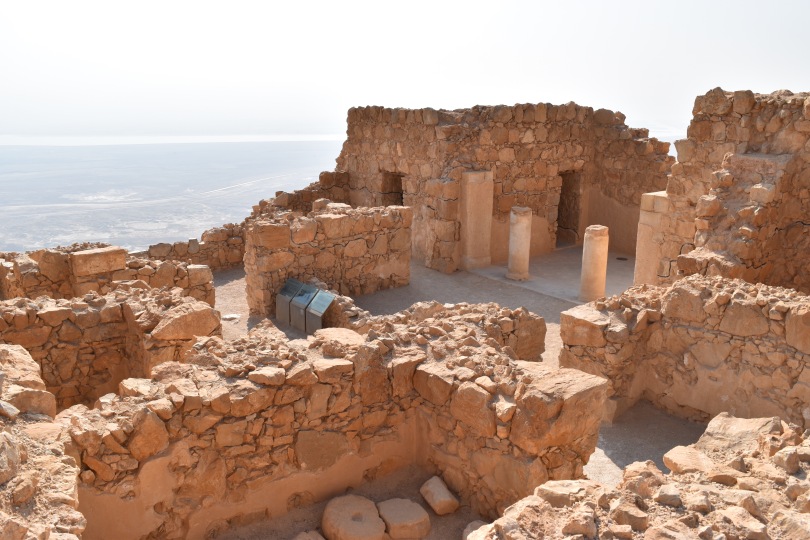 Masada is located at the western end of the Judean Desert. Sitting on top of an isolated rock plateau, with surrounding cliffs as natural barrier, it is understandable why it was so hard to conquer it.

Today, it does not shun intruders, instead it even invites guests to come for a visit. To get to this fortress though, you have to ride a lift.

There is also a trail going through stairs that you can hike from the bottom of the valley to the top of the cliff.  This route is for the more adventurous souls, and definitely you need to be in excellent condition to go up this way.

After reaching the top, we feasted on the spectacular view around us. 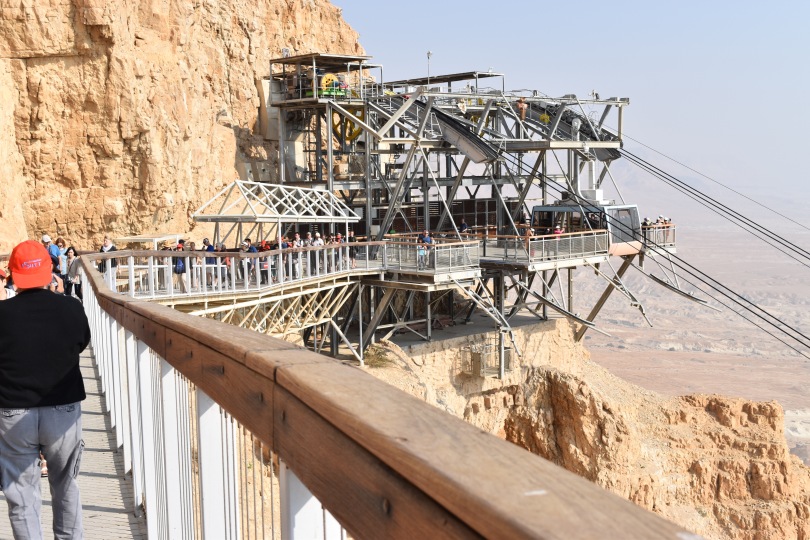 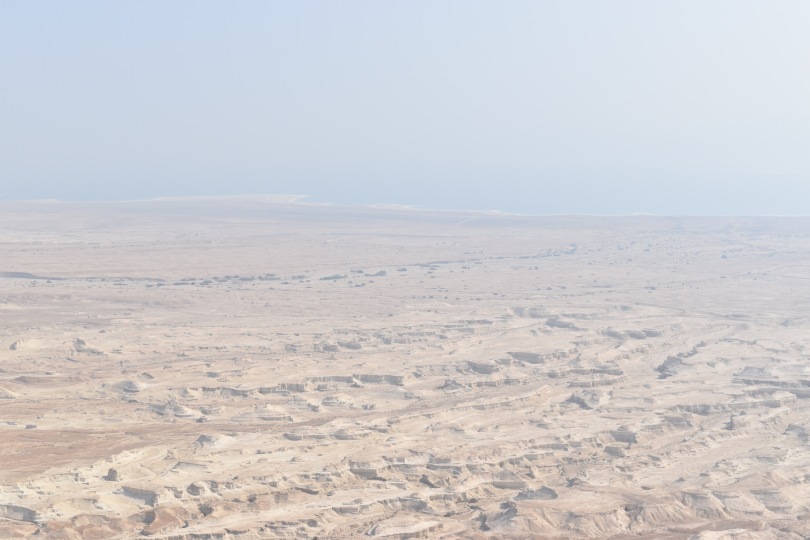 Masada is overlooking the Dead Sea valley which is the lowest point on earth.

Photo below is the Dead Sea which is about 430 meters below sea level, while the height from the valley floor below to the Masada fortress is 450 meters. So even though it looks that this fortress is at such a height, in actuality, it is at sea level.

While we were on top of the cliff, we saw some paragliders sailing above the Masada fort. I would say this is far more cooler way to tour Masada, that is through a bird’s-eye view. 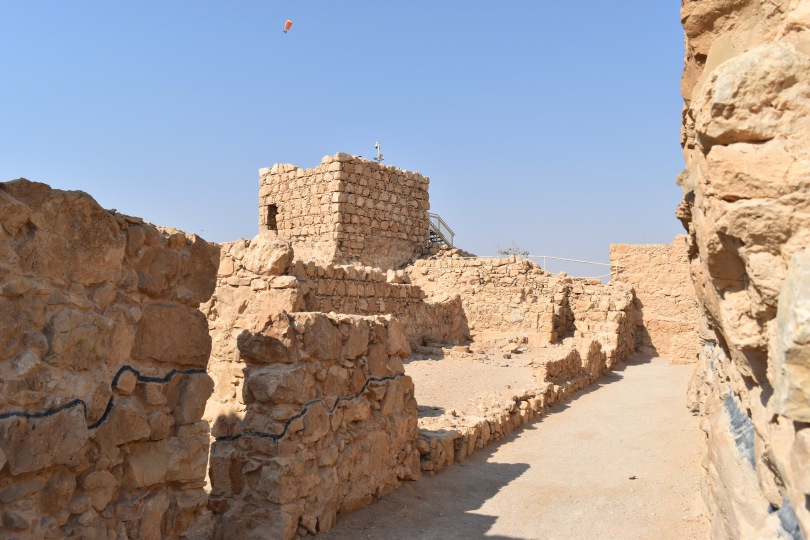 King Herod the Great built the Masada fortress as a refuge for himself. Not only as a fortress, but on the northern part of it, separated by a wall from the fort, is a residential villa for the king.

Below is what remains of a palace court. 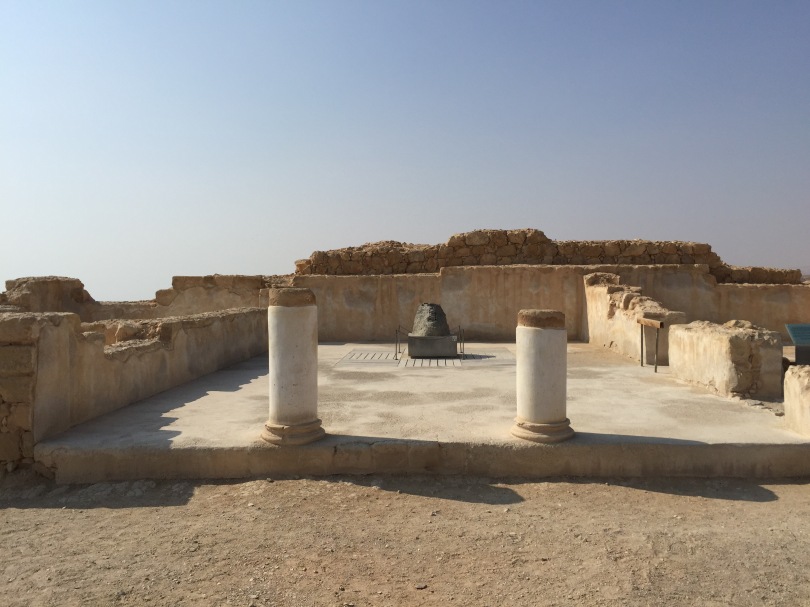 Even what was left were ruins, it can be noted that this king’s palace was such a lavish place during its heyday. Photo below is one of the terraces of the king’s villa.

King Herod the Great found a way to bring water to this fortress. Not just that it was in the middle of a desert, but also bringing up water to such a high place took a lot of engineering, logistics and possibly enormous brute labor.

Below is what remains of a large bath house.

This specific room is the caldarium, where the suspended floor was supported by rows of low pillars, so hot air from the furnace outside, can be blown under the floor and through clay pipes along the walls, to heat the room to the desired temperature. In other words, it was the sauna! Who would have thought sauna was existing already more than two thousand years ago? 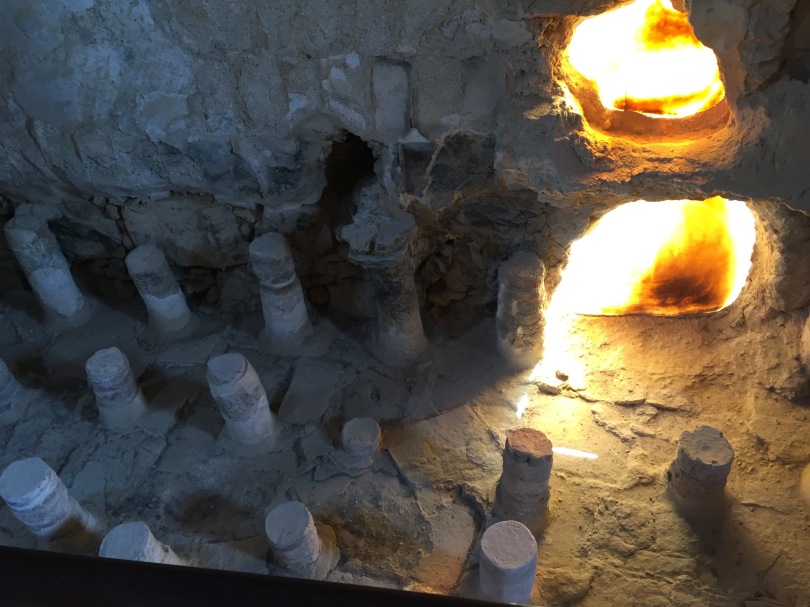 After Jerusalem fell to the Romans in 70 CE, a group of Jewish rebels, zealots, and their family, held the fort of Masada. According to history written by Josephus Flavius, the Romans established camp at the base of Masada, and the fort was laid in siege. The Romans constructed a ramp from thousands of stones and beaten earth against the western wall of the fortress. It was said that part of the ramp were bodies of dead Roman soldiers, who died during the battle.

Below is the photo of the ramp the Romans built to conquer Masada. 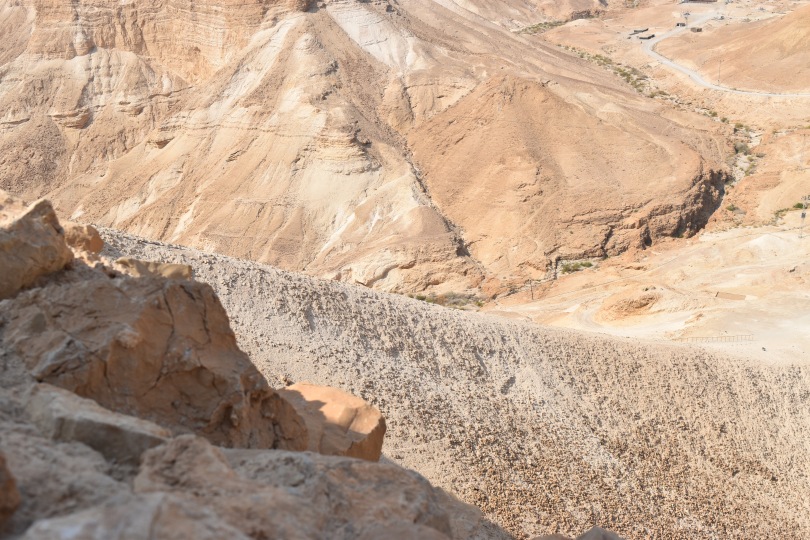 Finally in 74 CE, the Romans moved a battering ram up this ramp, and breached the wall of the fortress. 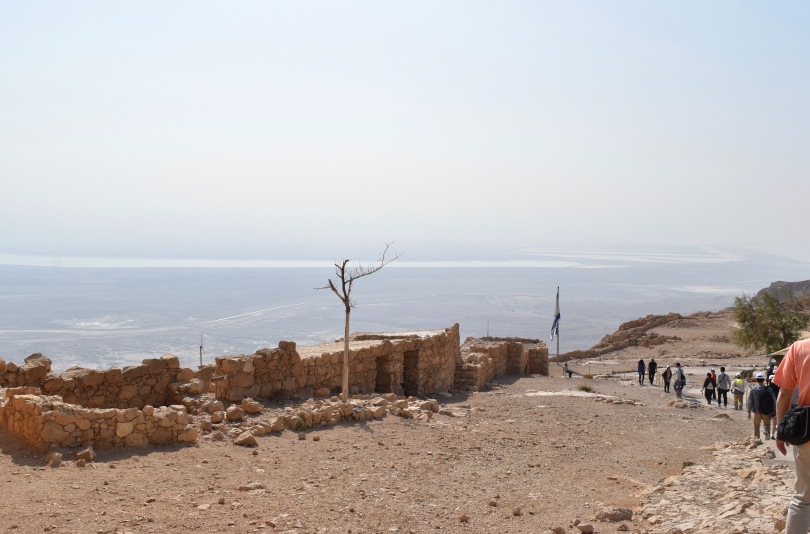 The tragic story of Masada was when the Jewish defenders realized that it was apparent that the fortress would fall and they would be conquered, they decided to commit a mass suicide. There were almost one thousand men, women and children. They chose to die from their own swords than be conquered.

Those Jewish defenders casted lots to choose 10 men who would kill the last survivors. And then the last Jew killed himself, before the fort finally fell to the Roman invaders.

Masada, a mighty fortress by a mighty people. Yes, it was breached and invaded. But never conquered.

(*all photos taken by pinoytransplant)