After being cooped up indoors for too long due to bitter cold, I finally went out today. And ran! 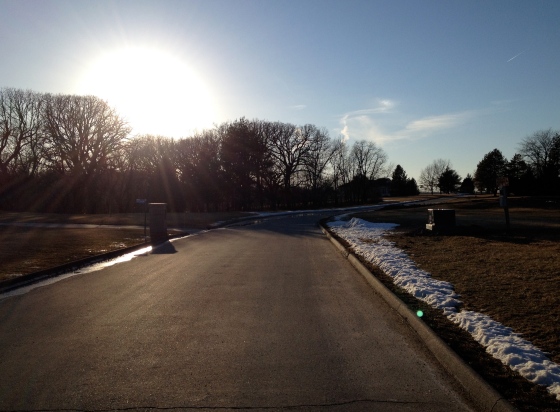 most of the ground snow have melted away

Yeah, it was a bit chilly as we only peaked in the high 40’s to low 50’s Fahrenheit (and will dip below freezing tonight), but still, that was about 50 degrees warmer than 2 days ago. 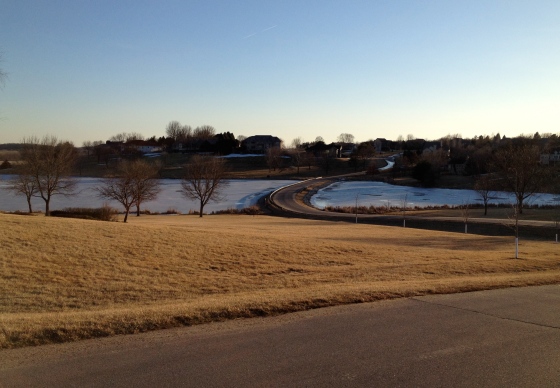 the pond was still icy

Today, I ran my first 5K (yes, I was slacking for months!) for this year. Albeit a little slower pace. OK, much slower than I use to. But hey, who’s watching?

Even if I was running slow, I was still chasing my breath. Do you suppose my breath was running faster than I was? Yet it was just exhilarating to be outside. To feel the wind in my face, the sunshine in my eyes, and the sweat in my brows. Even though I was panting and my legs were heavy, it is good to be alive!

I know winter is not officially over. And who knows what old Iowa winter still has in its sleeves? For arctic air can blow back and we can still have snow the next day, or the next week, or even the next month.

But this I know, spring is coming.

One thought on “Cold Break”