I am back in my favorite city. A city that I love despite of all its ills and nuisances. A city that I have left so many times, and yet I kept coming back to. This city is no other than Manila.

The following photos I have here of Manila, are seen from a different angle and perspective, at least from the point of view of the Manila I used to know.

“Manila, Manila, I keep coming back to Manila,” says the 1970’s song of the Hotdogs, and that rings true for me as well.  And every time I return, the city warmly (as in hot!) welcomes me back. 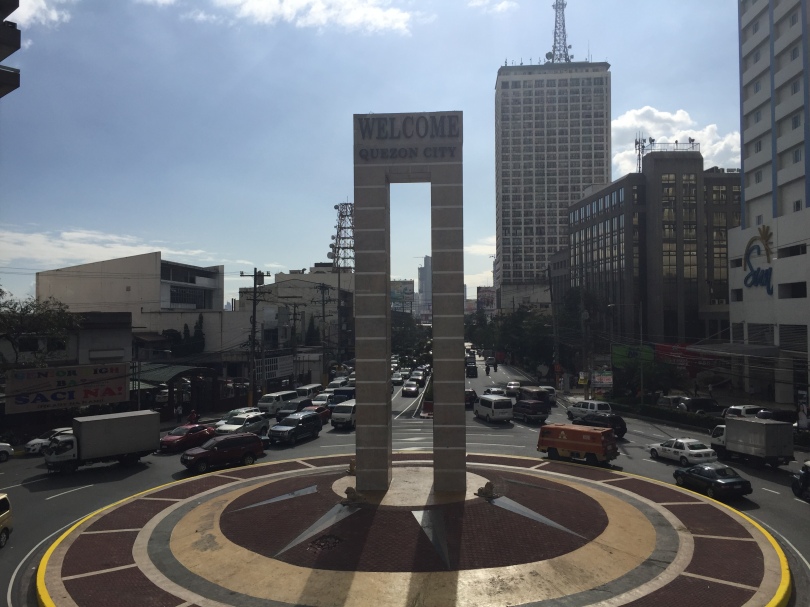 Speaking of welcome, above is the Welcome Rotonda, which marks the boundary between Manila and Quezon City. The photo is facing the Manila side of the boundary, overlooking España Boulevard, though technically I was standing in Quezon City  when I took this picture.

The photo below is an area of Manila that I am very familiar with. The prominent structure is the Sampaloc PLDT tower. So the immediate vicinity is Sampaloc, Manila – the place where I grew up. It is just interesting that I have never looked at Sampaloc before from such a high point of view, since there was no high rise buildings in this area during my youth. Unless I climb the PLDT tower of course. 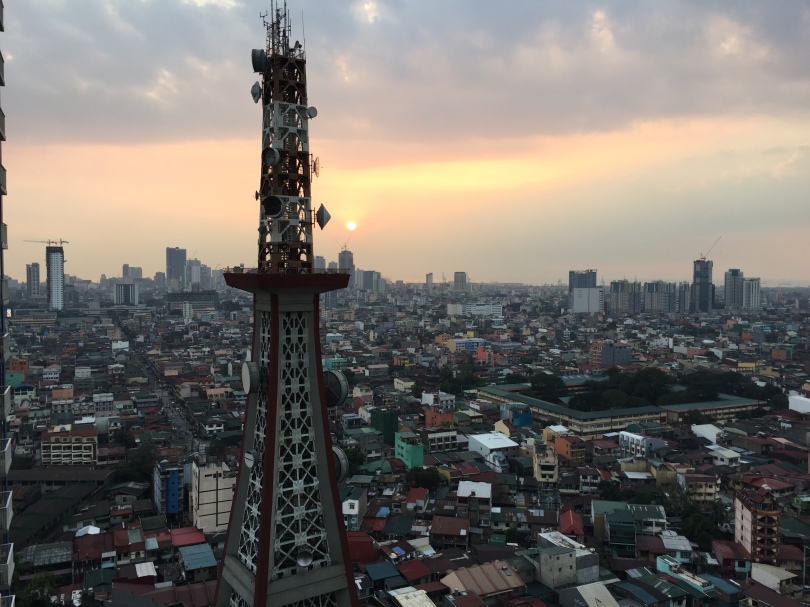 The main reason of my short visit back to Manila is to attend my 25th year graduation anniversary (I’ll make a separate post on this) from the University of Santo Tomas school of medicine. Thus several photos are from the UST campus. The different perspective is that I am viewing this campus not as a student but as a homecoming alumnus.

Most of the activities of the homecoming festivities were done in the UST campus, but the big gala night took place in Manila Hotel. Even though I know Manila Hotel is a very old establishment (opened in 1912), and I passed this area several times before, I have never set foot inside of it. Until now. 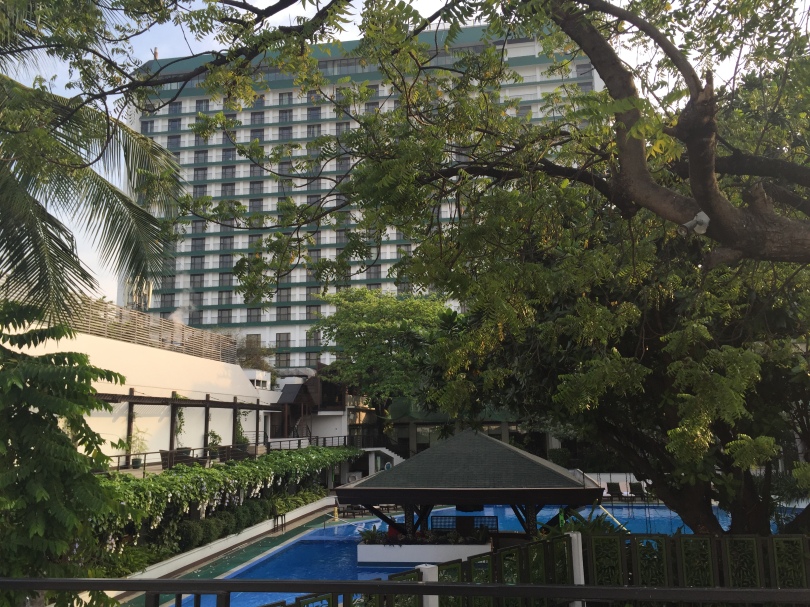 Above is the swimming pool at the back side of Manila Hotel. Photo below is one of its beautiful hallways. 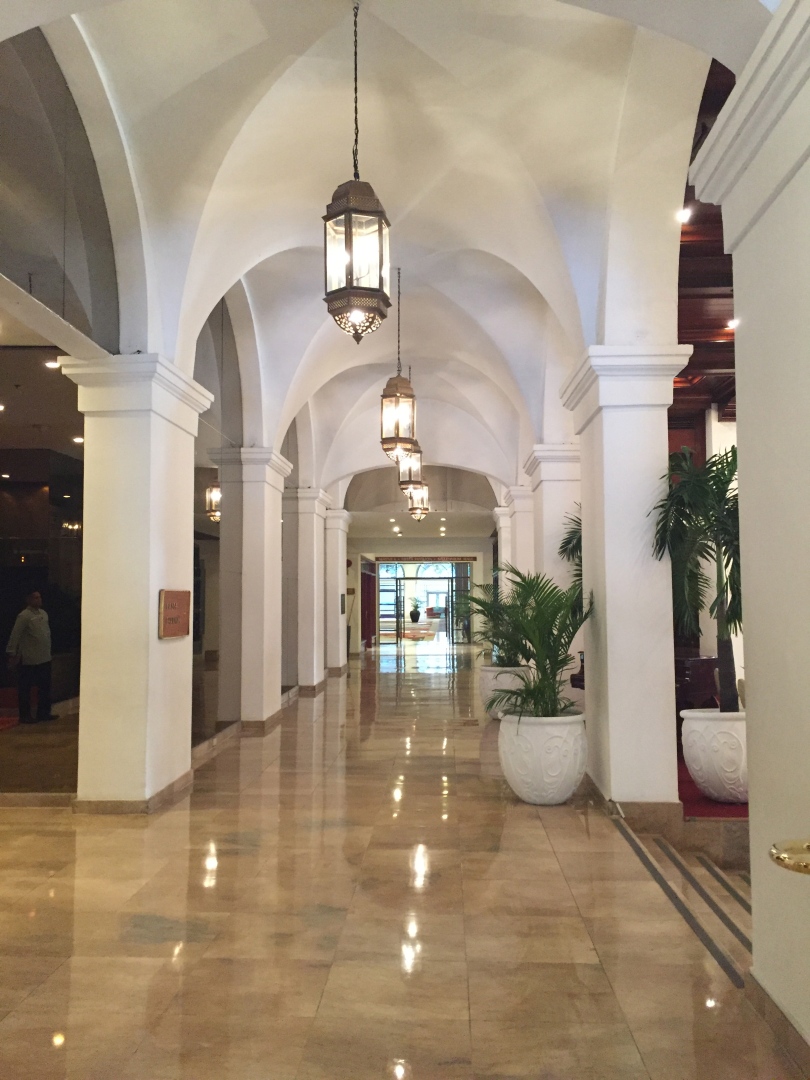 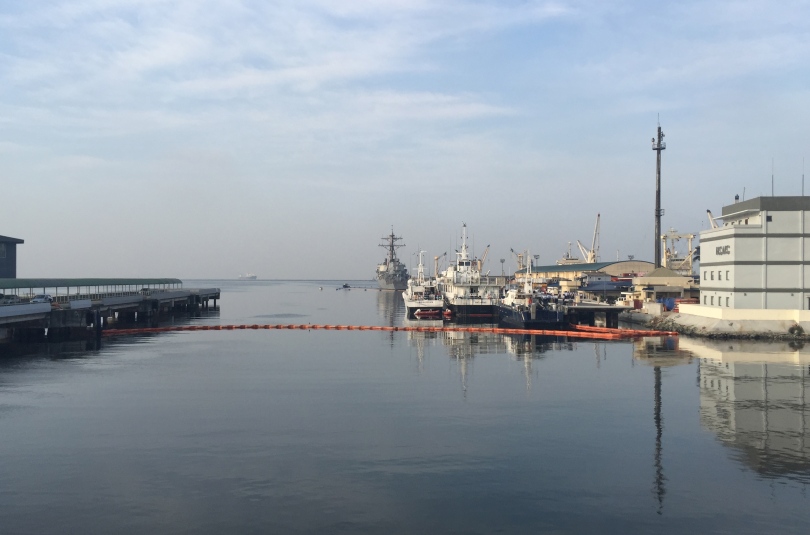 The back of the hotel looks over the marina and Manila Bay, while rooms facing the city side gives a grand view of the walled city, the Intramuros. Honestly, I have never seen Intramuros from this angle before. From this view, you can see the contrast of the old walled city and the new high rise buildings in the distance. 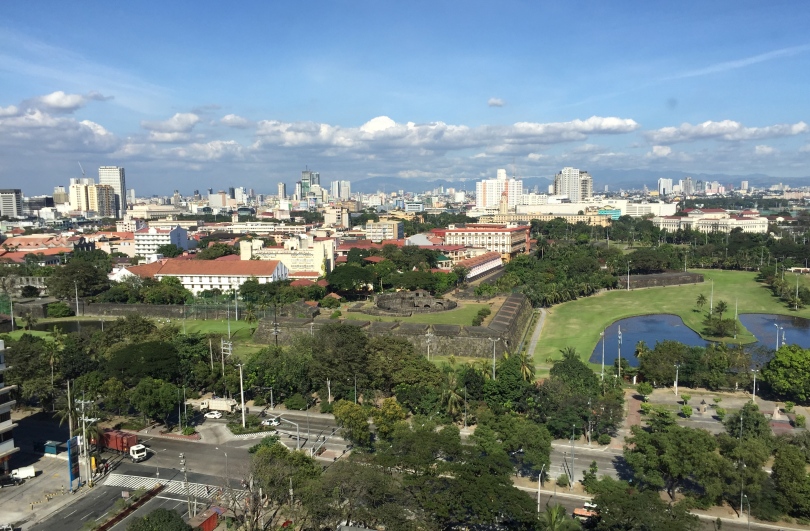 From Manila Hotel, I still went on foot to see Luneta, a place full of loving and joyful memories from my childhood. 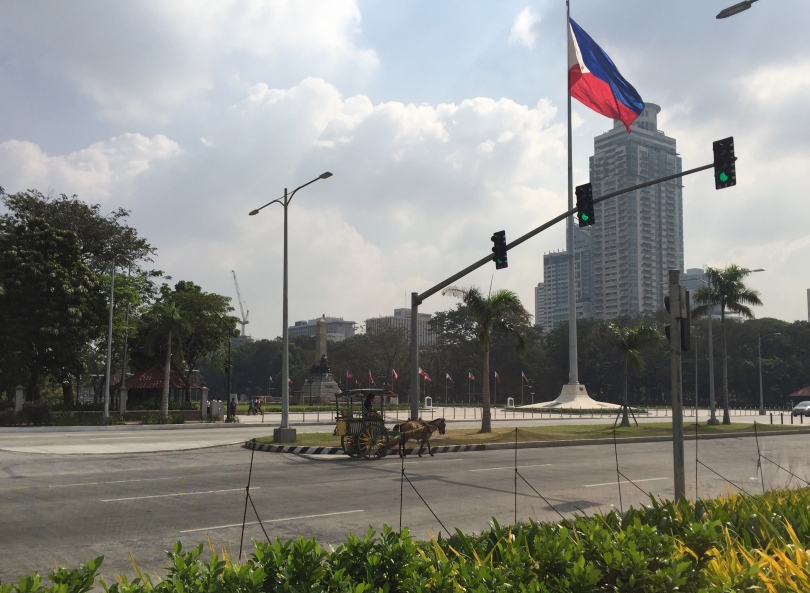 But there is something different in this place. It is impossible to miss the change in the landscape as you view Rizal’s monument. Definitely cannot ignore the monstrosity of Torre de Manila. 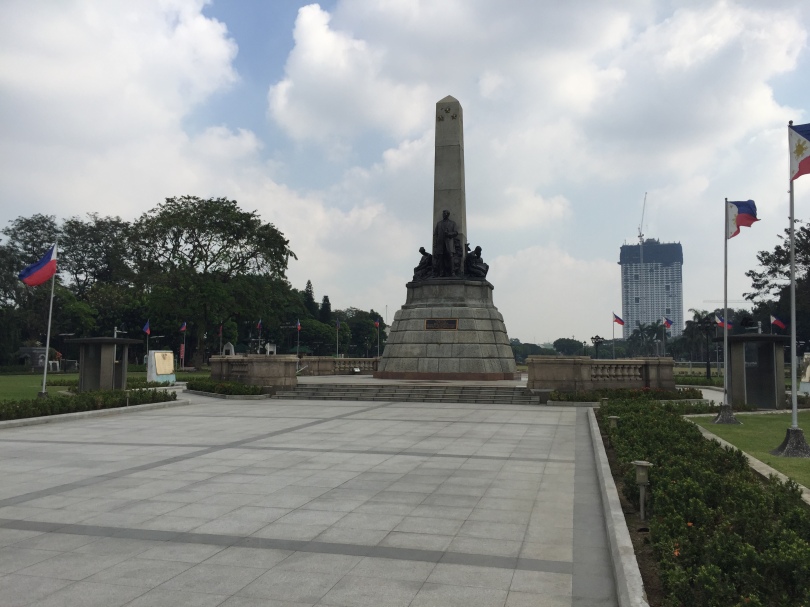 However, with the right angle and positioning, I can still make the huge eyesore disappear. Look, it’s gone! 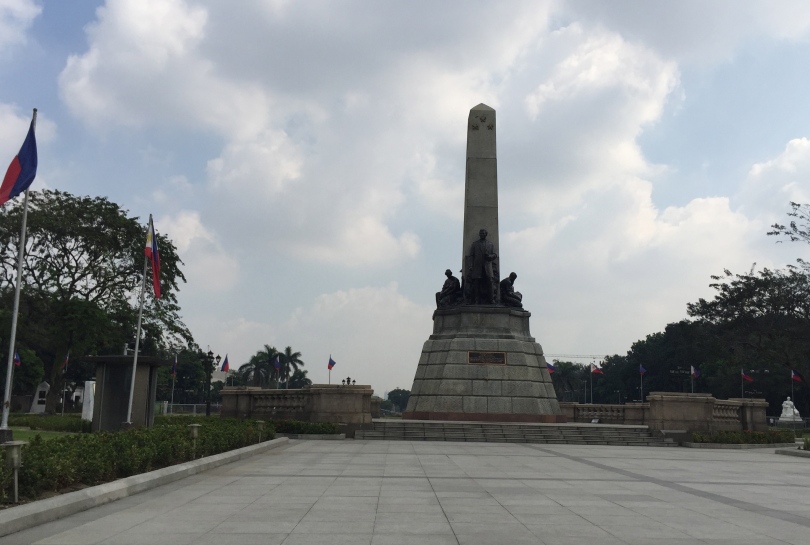 I enjoyed my return to the city of my birth, even for so short a time. And seeing the familiar places albeit in a different point of view is kind of refreshing. 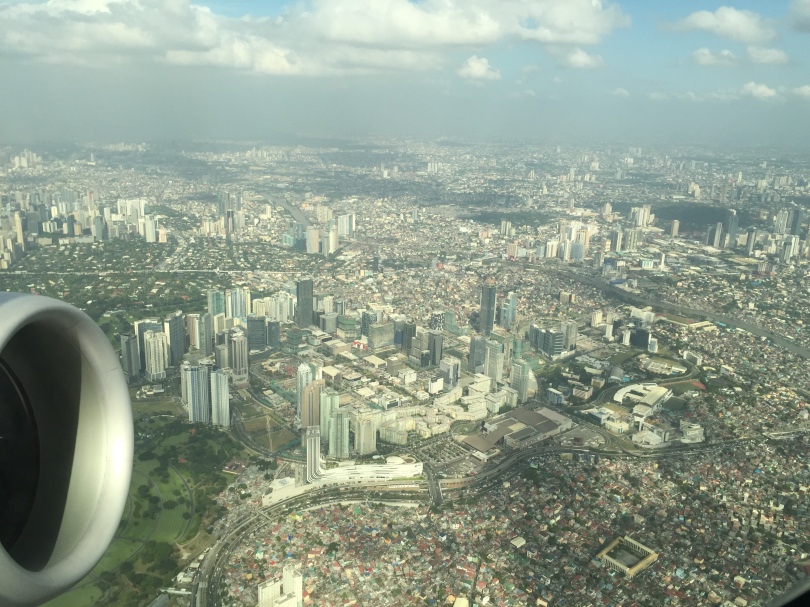 For now, once more, I say goodbye to you Manila. Hope to see you again……soon.