Part of our big summer trip few weeks ago was going down to Long Beach, California. Long Beach is a city in Los Angeles County at the pacific coast of the US. It is 24 miles away from the city of Los Angeles, but that drive can take more than an hour due to terrible traffic. 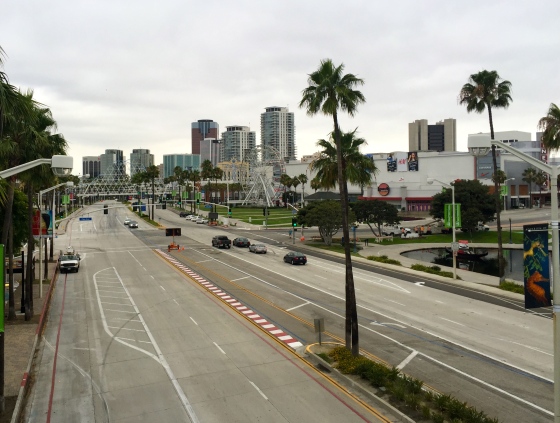 We went to Long Beach to attend my medical school’s sponsored event. It was the 24th University of Santo Tomas Medical Alumni Association of America (USTMAA) Grand Reunion and Medical Convention.

The Hilton Long Beach was the site of the event, and that’s where we stayed for a couple of days.

Only a few blocks away from the hotel is the ocean and the Pine Avenue Pier. One early morning, I went out for my 2-3 miles run, and I wandered down to the pier (above and below photos were taken during my run).

The Pier was lined with prime restaurants, so I guess you won’t get hungry if you stroll there. 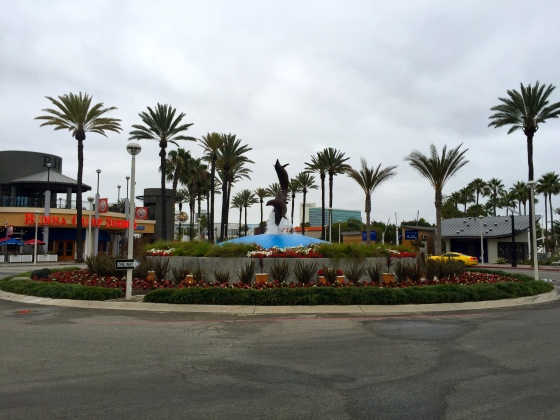 Here’s the marina with some of the boats docked there. 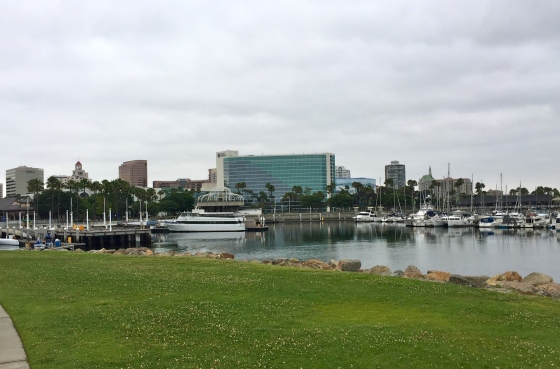 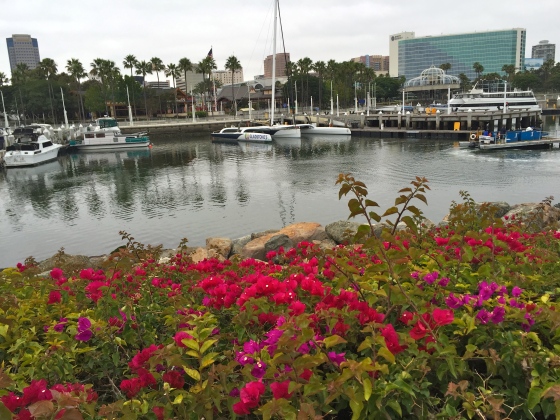 There’s even a lighthouse at that Pier.

Back to the USTMAAA event, since the event is billed as a Grand Reunion, many medical alumni from different batches attended. The oldest batch represented in the gala night was from medical class of 1951, though he was a lone attendee of his class. He was probably in his 90’s or nearing 90, yet he still looked strong and springy.

One of the biggest contingent was from the class of 1966, who were celebrating their 50th (Golden) anniversary. I tell you, those “old” folks can still dance the night away.

The “youngest” (the term ‘young’ is really relative) batch in that reunion was our class – from year 1991, which in my estimation was the biggest group represented. We were celebrating our 25th (Silver) anniversary.

Above is a photo I grabbed from USTMAAA website, showing our batch during the parade of the different classes at the gala dinner. Though many of my other classmates who went to Long Beach did not attend the gala, but came for the other festivities and the medical conference.

To be honest, I am not really a fan of galas and pageantries, so that was not the main reason I attended. Sad to admit, I can’t even dance. Of course seeing my old friends and classmates was enough motivation to attend.

But the biggest reason I came was, I was invited to give one of the lectures during the medical convention, which I considered an honor and a privilege. Many of the lecturers, including the keynote speaker, was from my batch.

The theme of the conference was “Current and Interesting Topics in Medicine and Surgery.” Below is an ‘official’ photo (grabbed from USTMAAA website) of me giving the talk.

The title of the lecture I gave was: The Lung and Winding Road (my apologies to the Beatles): Current Trends in Lung Cancer Screening and Diagnosis.

A portion of my talk was about Electromagnetic Navigational Bronchoscopy, a relatively new technology using GPS-like guidance with videogame-like images, when doing bronchoscopy and lung biopsy (see previous post about this topic).

Are you wondering what was the slide projected on the screen on the photo above?

Here is that specific slide on my presentation:

For readers who are not familiar with the above character, this is Voltes V. He is an anime super robot, aired as a TV series in the Philippines in the 1970’s. One of his weapon was the “electromagnetic top.” We definitely are not the first ones to use the “electromagnetic” technology.

After the lecture, many attendees approached me and told me that they enjoyed my presentation very much. Maybe they were all Voltes V fans.

I had a fun time in Long Beach. I hope to be reunited with my classmates and other alumni in the next UST event. Borrowing the battle cry from the Voltes V team, “Let’s volt in!”

“There’s nothing good that will come from playing video games.”

That’s what I heard some older folks say when I was still young. Well, I beg to disagree. If you’re a parent who don’t like your kids to play video games, please don’t hate me for this.

My first exposure to video games was in the early 1980’s when Game and Watch, a handheld electronic game, was introduced by Nintendo. I played games like, Octopus, Chef, and Donkey Kong. I did not own a Game and Watch as my parents would not splurge on these. But near our school was a store where one can rent Game and Watch. They were chained to a wall, and for 25 centavos, I can play for 10 minutes.

Later on I occasionally played video games in the mall arcades, like the classic Space Invaders and Pac-Man.

classic Pac-Man (photo from the web)

For home video console back in those days, there was Atari. Again we don’t own one, I just played in my friend’s house. I remember one instance when I was still in College, my friends and I spent one night playing video game till the wee hours of the morning.

The next generation handheld video games had more advanced graphics. Game Boy launched a handheld version of Tetris which was a huge success in the early 90’s.

One time after I finished Medical School, I joined a Medical Mission trip to Batangas. I sat beside a girl whom I recently met at that time, and she played Tetris the entire trip that she barely talked to me. But at least she let me borrow it for a few minutes.

Nowadays, I still play Wii, once in a while, with my kids, and I have a few games in my iPhone as well, that I play when I am bored. Though I don’t consider myself a serious gamer, nor do I wish to play some of the newer games today, as they are far too violent than Super Mario beating up fungus and turtles.

Last week I attended a seminar in Minneapolis to learn a new way of doing bronchoscopy (scope to look inside the lungs). This method borrowed technology from video games and thus it turns bronchoscopy into something like playing one. It is called Electromagnetic Navigational Bronchoscopy (ENB).

Back to Navigational Bronchoscopy, the procedure involves placing an electromagnetic locator board underneath the patient. With a special software it transforms the patient’s CT scan images into a virtual map that can lead you to any specific point you want. With this modality, it improves the yield and accuracy of biopsy results.

Let’s say there’s an 8 mm nodule in the patient’s lungs seen on CT scan. I can program this as my “target,” on the software. Then using the specialized scope, I will follow the virtual image on the screen, that will help me navigate turn by turn into the different bronchial passageways until I reach the target for biopsy. It is like doing bronchoscopy with a GPS.

This technology evolved less than 10 years ago and is becoming mainstream in the past few years. Even though I have performed more than a thousand conventional bronchoscopies since I finished my Pulmonary Fellowship training in 1999, I want to stay current with the changing times. So I went to train for this new technique.

Meet Jackson, my trainer. He is not an expert bronchoscopist. He is a pig. No, I’m not calling people names. He is really a pig! Sacrificed for the sake of science. Here is Jackson’s lungs where I practiced and tried to sharpen my skills in Navigational Bronchoscopy.

Who said you cannot teach an old dog a new trick?

This morning, with the assistance of one of my junior partners, I performed a Navigational Bronchoscopy on a real patient. Even though the location of the target was quite difficult to reach, the ability that required hand-eye coordination came out naturally for me – honed from years of playing video games.  And guess what? It was fun too. Just like a video game.

Who said nothing good will come from playing a video game?

PS. The girl whom I sat with who played Tetris for hours, years ago? She’s now my wife.